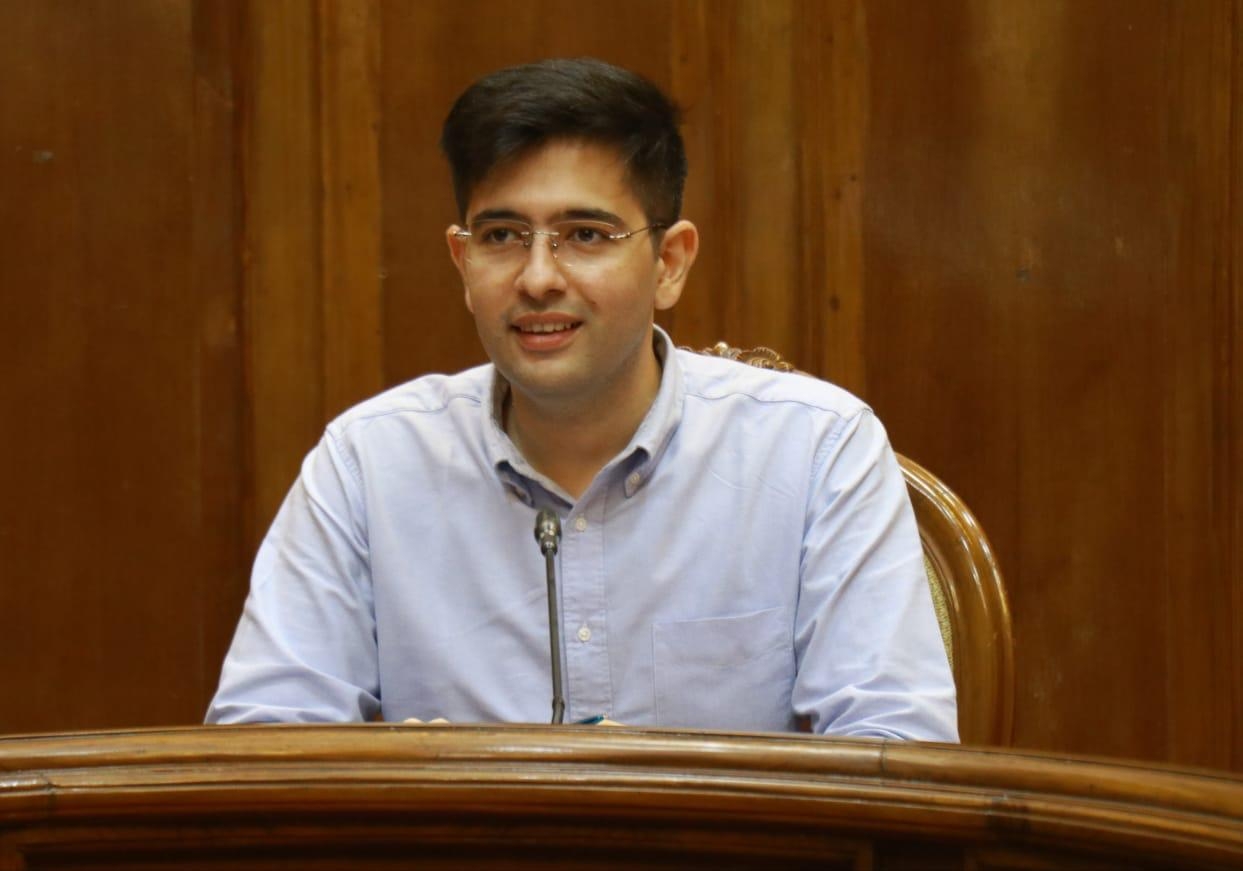 Aam Aadmi Party (AAP) MLA Raghav Chadha on Tuesday took a jibe at Goa's Power Minister Nilesh Cabral, saying he has "chickened out" of a proposed public debate on power tariff models in Delhi and Goa.

I have boarded the flight to Goa. Will be landing shortly. Eagerly look forward to a healthy debate on 'Kejriwal's Electricity Model' Vs 'BJP's Electricity Model'
I hope Goa Power Minister will not withdraw his public debate challenge, despite his party high command's displeasure pic.twitter.com/G7deOtO4Pa

"I hope Goa Power Minister will not withdraw his public debate challenge, despite his party high command's displeasure," Chadha had said, after taking up the minister's dare.

Chadha arrived at the coastal state today, hoping that Cabral would let him know the time and venue for the debate.

"I really hope and wish, he will come and participate in the debate," Chadha told news agency ANI.

However, after Cabral's comments to the media on Monday that he would only debate with the Delhi Power Minister, Chadha took a potshot at Goa Chief Minister Pramod Sawant.

Chadha, who is the Vice-Chairman of the Delhi Jal Board, has been engaged in a social media battle with Cabral for a public debate to prove the merits of the Goa electricity model over that in Delhi.

"I accepted the challenge. I said that as part of the Delhi government and as an MLA, I am coming to Goa for a debate with him. Now, he is running away from this debate, chickening out. He is shying away," Chadha claimed.

"I am given to understand that the BJP high command has reprimanded the Goa leadership and scolded the Goa Chief Minister and asked him not to indulge in such public debate. Now, imagine a Chief Minister who cannot even participate in a simple debate or let his Minister participate in such activity without BJP high command's permission. Can he govern Goa?" the AAP leader remarked.

Cabral last week told a press conference that Goa's power tariffs were cheaper compared to Delhi and said he was willing for a debate on the matter.

Cabral maintained that the Delhi government was "fleecing its residents through convoluted power tariffs", while the Goa government offered one of the cheapest power rates to domestic consumers in the country.