Delhi Deputy Chief Minister Manish Sisodia said that the police instead of stopping the goons, escorted them to Kejriwal's house. He alleged that CCTV cameras and security barriers were also broken.

Sharing the pictures on social media, AAP said that security barriers and CCTV cameras were broken and the gate was vandalised. It also claimed that Delhi Police helped BJP in this.

Condemning the attack Delhi Deputy Chief Minister Manish Sisodia said they are trying to kill him.

BJP goons kept vandalising CM Arvind Kejriwal’s house. Instead of stopping them, the BJP police brought them to the door of the house, said Sisodia.

"Anti-social elements have broken CCTV cameras and security barriers by attacking Chief Minister @ArvindKejriwal ji's house in Delhi. The boom barrier on the gate has also been broken," Sisodia tweeted.

"Attack on CM Kejriwal done with support of Delhi police. BJP has become so furious that it is plotting to kill Kejriwal ji. BJP fears that only Kejriwal can give competition to PM Modi, therefore wants to kill him," AAP said in a Tweet.

"The attack on Honorable Chief Minister @arvindkejriwal ji's residence by BJP goons is highly condemnable. In the presence of police, these goons broke barricades, broke CCTV cameras. In the fury of Punjab's defeat, the BJP got down to such poor politics," he tweeted.

The attack was further condemned by AAP Punjab CM Bhagwant Mann stating that the attack on Kejriwal in the presence of police is a cowardly act.

"The anger of the BJP is clearly visible in Punjab due to the crushing defeat at the hands of the Aam Aadmi Party. The attack on the house of Chief Minister Delhi, @arvindkejriwal ji in the presence of police is a cowardly act. Now it is clear that BJP is only afraid of AAP and Arvind Kejriwal," the Punjab CM tweeted.

According to a report by NDTV, Delhi police said that around 150-200 protestors of BJP Yuva Morcha reached the CM's residence around 11:30 in the morning to protest against his remarks on 'The Kashmir Files' in the Delhi assembly.

However, the police claimed that they "immediately" removed them from the spot and detained around 70 people. Further, legal action is being initiated against them.

Led by BJP MP Tejaswi Surya, the members of Bharatiya Janata Party Yuva Morcha on Wednesday staged a protest outside the residence of Delhi Chief Minister Arvind Kejriwal over the latter’s recent remarks in the Assembly on ‘The Kashmir Files’ movie. The protest escalated to vandalism and clash between the BJP and AAP party workers outside Kejriwal's house. 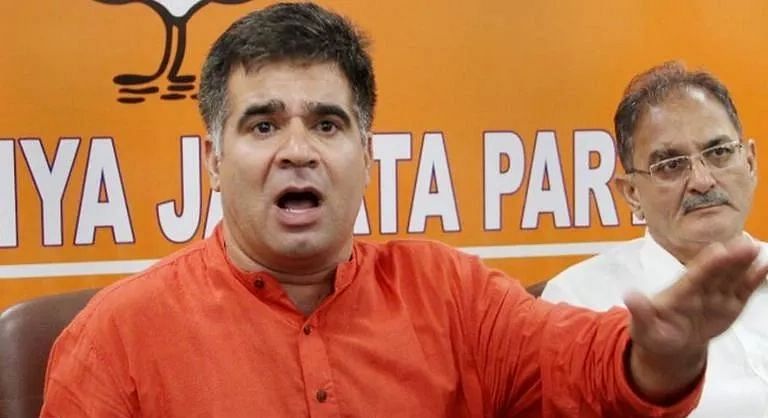