Aam Aadmi Party chief and Delhi Chief Minister Arvind Kejriwal addresses a press conference during his visit to Vadodara, on August 7, 2022 | PTI
Follow us on

Bhavnagar (Gujarat): Delhi Chief Minister Arvind Kejriwal on Sunday questioned the intention of the Bharatiya Janata Party government in poll-bound Gujarat behind its move to constitute a committee to implement the Uniform Civil Code and said if the BJP wants to do so, it should do it across the country.

Kejriwal asked whether the BJP-led central government was waiting for the Lok Sabha elections to make a move in this direction. 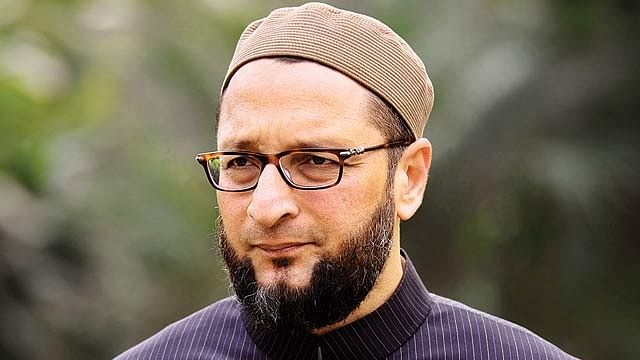 The Aam Aadmi Party's (AAP) national convener was addressing a press conference in Bhavnagar on the third day of his visit to Gujarat where the Assembly polls are due this year-end.

Gujarat poll dates likely to be announced this week

The Election Commission is likely to announce schedule for the Gujarat Assembly polls this week. The Gujarat government on Saturday said it has decided to form a committee headed by a retired High Court judge to implement the Uniform Civil Code (UCC).

Union minister Parshottam Rupala had said the committee will be formed before the model code of conduct for elections comes into force. Gujarat Minister of State for Home Harsh Sanghavi had said the decision was taken as per the provisions of Article 44 of Part 4 of the Constitution which expects the state government to apply common law for all citizens.

'Their intention is bad'

To a question on the Gujarat government's decision, Kejriwal claimed "their intention is bad".

Kejriwal said the BJP had formed a similar committee before the Uttarakhand election.

Kejriwal questions lack of implementation in other states

Kejriwal also sought to know why no such committee was formed in the BJP-ruled Madhya Pradesh and Uttar Pradesh.

"If their intention is to implement the Uniform Civil Code, then why don't they frame it nationally and implement it across the country? Are they waiting for the Lok Sabha elections?" he asked.

"So first ask them that Kejriwal is saying you do not want to implement the Uniform Civil Code, your intention is bad," he said.

On the third day of his visit to poll-bound Gujarat, Kejriwal welcomed local Koli community leader and social worker Raju Solanki into the AAP, who joined the party along with his son Brijrajsinh Solanki.

Kejriwal claimed ever since the AAP has started working in Gujarat, people see a new ray of hope in his party.

The Koli community comes under the Other Backward Classes (OBCs) category with numerically significant presence in different parts of Gujarat.

Kejriwal described Raju Solanki as a prominent social worker who had helped in the marriage of more than 1,000 orphaned women and worked in the areas of prohibition and education. The social worker said he was glad to be a part of the new politics of Kejriwal.