Before the civic body polls in the state, supporters of BJP and TMC clashed in Tripura's Teliamura leaving 19 persons injured, including two police personnel. After the clash got severe, prohibitory orders under Section 144 of the CrPC were imposed in the area.
PTI 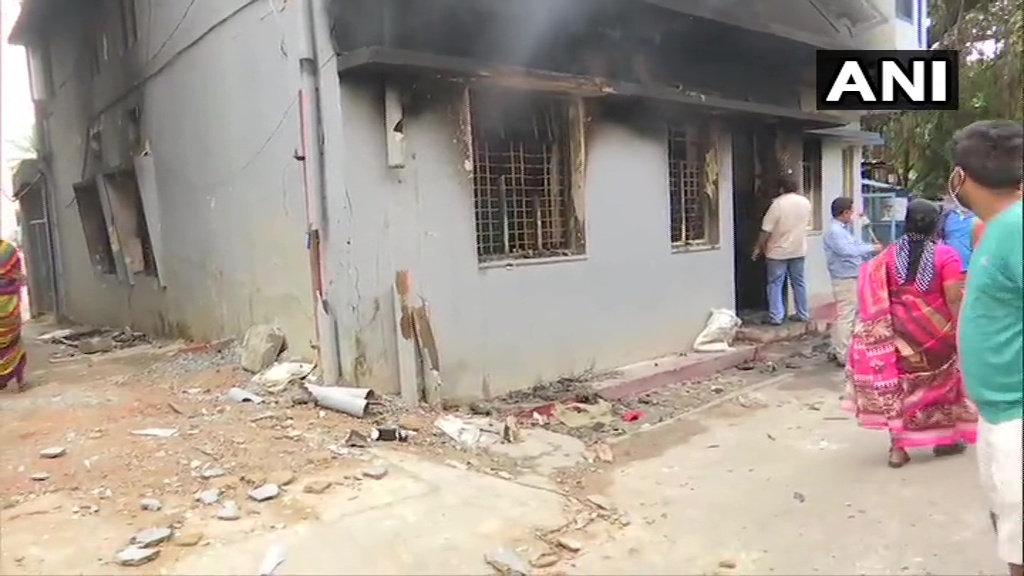 Agartala: At least 19 people were injured as supporters of BJP and TMC clashed in Teliamura in Tripura's Khowai district, following which prohibitory orders under Section 144 of the CrPC was imposed in the area, police said on Friday.

Two police personnel were also among those injured in the clash days before the civic body polls in the state, prompting the administration to impose the prohibitory orders in wards 13, 14 and 15 of the Teliamura Municipal Council, they said.

"In an order issued today, Teliamura Sub Divisional Magistrate Md Sajjad P has imposed section 144 in 13, 14 and 15 ward areas of the Teliamura Municipal Council from today to maintain peace, law and order. The order will be in force till November 24," said an official statement issued late on Thursday.

Trouble started around 9.30 pm on Wednesday in Kalitila area as TMC workers were holding a demonstration, and reached near a BJP office, Assistant Inspector General of police (Law and Order) Subrata Chakraborty said.

Supporters of both parties came face to face, leading to an altercation, he said.

Police tried to pacify both the groups, but had to use "mild force" and tear gas shells to control the situation, Chakraborty said.

Total 19 persons, including two police personnel, were injured in the clash, he said.

Three cases were registered in connection with the incident at Teliamura police station.

Two cases were filed by the father of TMC worker Anirban Sarkar who was admitted to a hospital with injuries, police said.

A separate case was registered by the police with charges of attempt to murder, voluntarily causing grievous injury and unlawful assembly, they said.

Senior TMC leader Sushmita Dev alleged that despite directives from the apex court to ensure free and fair polls on November 25, candidates and activists of her party are under attack.

Rejecting the allegations, BJP spokesperson Nabendu Bhattacharya said members of his party never attacked any TMC worker as they are not a political opponent in the state.

"They have no organisational base here and they are not posing any political challenge to the BJP. We also do not believe in the culture of violence," he said.

Civic body polls would be held on November 25. Out of the total 20 civic bodies in the state, the ruling BJP has won seven uncontested.