Myths and misconceptions surrounding Parkinson’s disease; all you need to know

While it’s true that PD involves symptoms like shaking and tremors, slowness of movement, rigid muscles, and a flat or frozen expression, there’s more to it 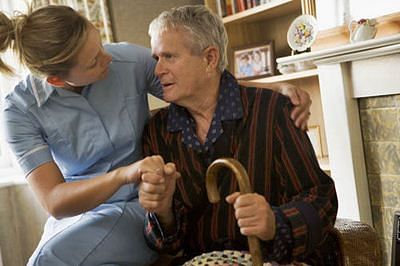 There’s unfamiliar information about Parkinson’s that can help you learn it better. /Representational Pic |

It’s critical to educate yourself on such a rampant condition, one that impacts an estimated seven million individuals across the country. While you may be aware of the well-known symptoms involved, there’s unfamiliar information about Parkinson’s that can help you learn it better.

Fact: While it’s true that PD involves symptoms like shaking and tremors, slowness of movement, rigid muscles, and a flat or frozen expression, there’s more to it. In the past few years, non-motor symptoms have gotten attention from medical experts and researchers. In fact, for many patients, non-motor symptoms are more severe than motor symptoms. These symptoms include dementia, cognitive impairment, fatigue, anxiety and depression, and sleep problems.

Fact: Though the misconception that the medications available for Parkinson’s are toxic was debunked, it exists. Levodopa is the most common drug therapy for PD. It’s an effective drug that helps people with motor symptoms. But many patients wrongly assumed that over time, this drug makes the condition progress faster. The reality is, that as long as the medicine is being used in the right proportion and for the right duration, it is safe and beneficial for people with PD.

Myth 3: Parkinson’s intensifies and then fades away

Unlike other illnesses that can flare up and fade away eventually, Parkinson’s doesn’t function like that. The symptoms may be better or worse each day, but the condition as such is always progressing, although slowly.

Experiencing Parkinson’s disease is not limited to dealing with occasional loss of balance and tremors. However, living with this condition does not mean the end of the world. The disease and its symptoms can be managed with the right medical intervention.

Thanks to different forms of treatment and modern-day medicine, a person with Parkinson’s can cope with the condition and live a normal, long life. If you are experiencing or know someone who is diagnosed with Parkinson’s disease, it’s necessary that you seek help from support groups, spread awareness, and assist others learn about the condition better.

Providing the right information to patients and their care givers goes a long way in improving their Quality of Life. Access to the right expertise, therapy options and clinical studies can help arrest the disease progression if availed early. In addition, sharing experiences and best practices can help improve the standard of care across the board.

(Dr. Gunjan Bhardwaj is the Founder & CEO of Innoplexus AG)

HomeHealthMyths and misconceptions surrounding Parkinson’s disease; all you need to know