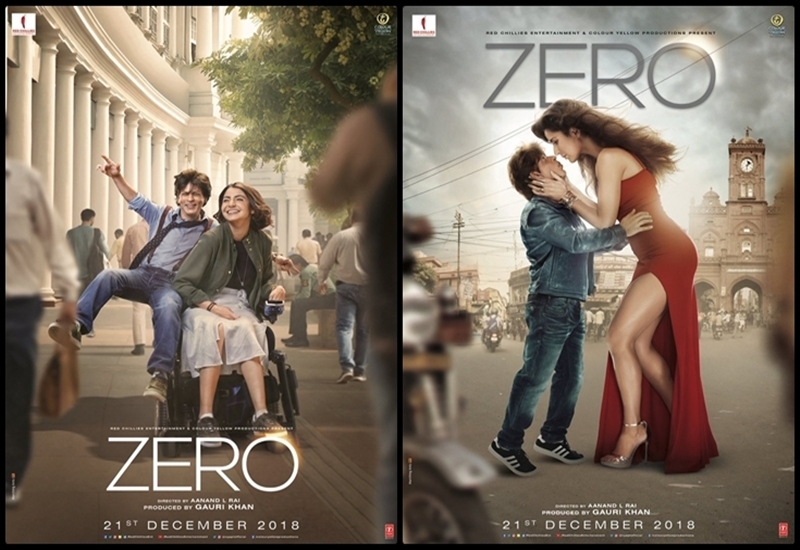 In these posters, one can see Shah Rukh Khan’s beautiful chemistry with Katrina Kaif and Anushka Sharma. Although, SRK’s dwarf character gives a quirky touch to these posters but the intensity of love in Katrina’s poster and bond of friendship in Anushka’s poster recreate the magic of ‘Jab Tak Hai Jaan’ with a twist.

Notably, ZERO makers have revealed the look of Anushka’s character for the first time. She looks amazing and funky in short hair whereas Katrina sizzles in a red gown. SRK, Anushka and Katrina’s posters have raised anticipation level among the masses for ZERO trailer.

On the occasion of Shah Rukh Khan’s birthday, the makers of the film will be releasing ZERO’s trailer tomorrow i.e. on November 2. Directed by Aanand L Rai, ZERO is the story of a vertically challenged character played by SRK, who falls in love with a superstar, played by Katrina, while Anushka will also play a pivotal character. Interestingly, the film will also be having cameos by superstar actresses like late Sridevi, Kajol, Madhuri Dixit, Karisma Kapoor, Rani Mukerji and others.