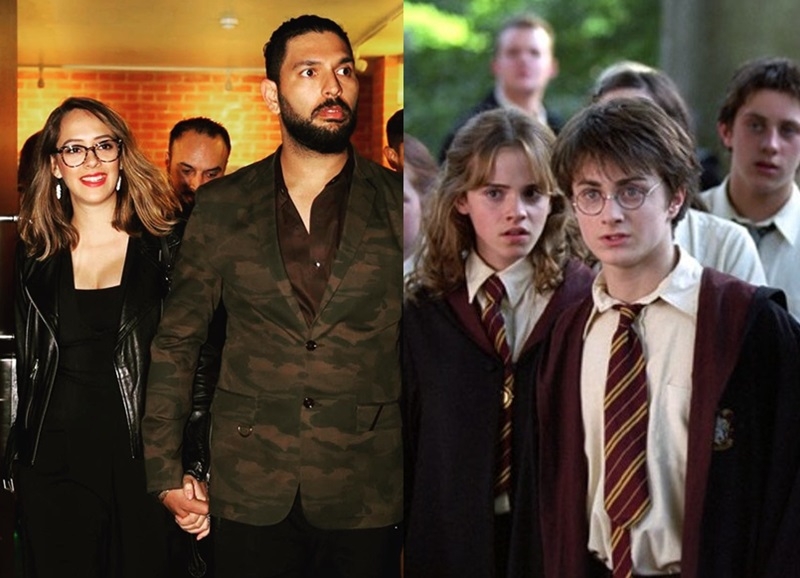 Bollywood actress Hazel Keech rose to fame post starring in Salman Khan’s ‘Bodyguard’ and being a former contestant in reality show Bigg Boss. The actress tied the knot to Indian cricketer Yuvraj Singh in 2016 and has been off the film radar for a while now. Recently on a chat show Miss Field, hosted by Gaurav Kapoor and Shibani Dandekar, she revealed about her stints in the famous Harry Potter film series.

Hazel also went on to share her romantic stories with Yuvraj, her career and the entire experience post marriage. Furthermore she also revealed of working in three Harry Potter movies as a child artist. She used to work as an extra and played the role of a Hogwarts student.

She starred in – Harry Potter & the Philosopher’s Stone, Harry Potter and the Chamber of Secrets and Harry Potter & the Prisoner of Azkaban. “It was so amazing. They are so professional in the west. And it’s like they take details so seriously. They have teachers and tutors because kids under 16 have to do their lessons and bring in their homework. For each child, they would have a Polaroid to make sure that your hair and makeup were exactly the same. Even the capes that we wore that had inner pockets for wand and broom,” Hazel told Shibani.