Wind beneath their wings!

Stars are demi gods,emulated and worshipped by a whole nation of people and beyond. However, that immaculate perception is indeed a perception which needs a team of people to meticulously carve and manage. What we see is the end product, after sessions of cleaning and polishing… Who are these people who do this tedious job relentlessly, with an assuring smile and no desire for accolades?

They continue to remain largely faceless despite the whole corporate incursion into the entertainment industry, which has developed into a chain of teams beginning with talent management companies, public relation personnel, brand managers and more… 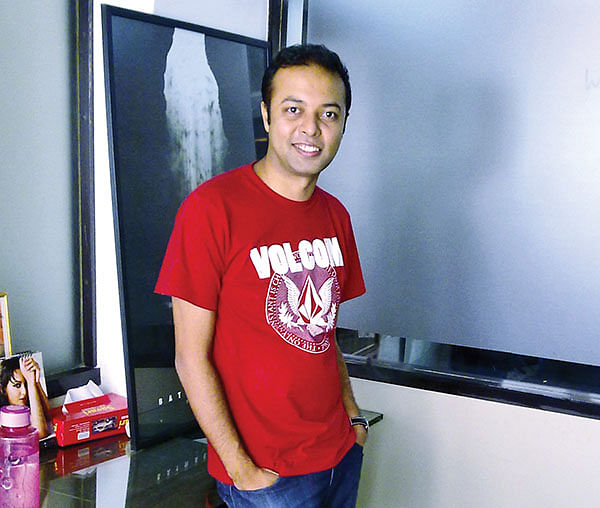 “I cannot speak about my clients; I don’t think it will be right!”– this was the first response I received from a PR and friend who has worked closely with our magazine for years, who has ‘blackmailed’ us to put her clients on the pages, demanded covers and done all the hard work to ensure her illustrious clientele remains the most seen faces on the billboards. She does a good job but she cannot speak about it, because it is not something that is done! All are not of the same thought, of course.

“When I started out, two decades ago, the so-called PRs were just celebrated secretaries, who were an uneducated lot and didn’t know how to handle things diplomatically But they did earn a tidy sum; more than the journos, so I decided I should be one,” quips Dale Bhagwagar who has worked closely with the likes of Shilpa Shetty and Hrithik Roshan, and is famous for his matter-of-fact responses that keep him as much in the news as his clients.

“I started off as a journalist. I am just too used to seeing my name flash in print and I didn’t want to change that, so yes, I demanded I be quoted as a spokesperson for my client!” While the majority of this group prefers remaining behind the scenes, working shrewdly towards their clients’ welfare and slipping into oblivion despite the good work, we decided to break the ice with slower steps to bring out the whys and the hows…

Anirban Blah, Managing Director, CAA KWAN insists it was the film ‘Jerry Mcguire’, that made him want to turn talent manager. “I was already working closely with the sports personalities; I thought my services could be extended into the entertainment industry too. So we just approached them saying that we know you don’t know us (out here everything worked on ‘friendship’) but here’s how we can help you around, creating your market for you. During that time, they had secretaries handling the management, but frankly, those weren’t the people who could pitch to the Vice President of Coca Cola! That’s where I came in!” While much in this industry is indeed based largely on personal relationships, there was no denying the need for a competent advisor to guide the talent based on a well-thought out marketing plan, rather than on a whim. “I, for one, might have had a decent amount of credibility as a photographer, but I am certain if I had been guided correctly, like the way things happen in the West, I would have been threetimes more successful,” says Bling Entertainment Solutions CMD, Atul Kasbekar. “While the actors might be very good at their job, it is not necessary that they would be able to make sound business decisions as well!”

“I think it was considerably tougher to convince people of the need for such an institution,” states Blah, a fact that Kasbekar asserts, saying, “My first client was Yana Gupta. She, being Czech, was aware of how things are handled internationally. When I approached models who were friends, who hadn’t been exposed to the international market, they would politely change the topic!” It was ingrained here that the best and the safest way to do business was to do it with friends! “With no written contracts, this industry was a very shady place, people went back on their word all the time and talent was misdirected,” claims Blah.

While the ‘meri zabaan pe bharosa rakho’ cliché wasn’t working for the stars anymore, the producers were still highly skeptical to sign on stamp paper. The truce was grudgingly achieved and suddenly the whole movement snowballed. The more the awareness, the greater the demand to be represented correctly!

“It is true that making people understand the need was certainly a challenge. Gaining respectability was also tough for individuals who had branched out into public relations. Thankfully, the onset of new directors and the visible results of correct marketing put all these assumptions to rest,” avers ParullGossain, who works very closely with Vishal Bhardwaj and his films. “Film PR is a lot different from personal PR. I like the challenge of working alongside the script; trying to gauge what would be the right time to unveil the trailers, what will intrigue the audience and not give away the plot. I find it infinitely more exciting than handling a star.”

There is no rule book telling you how to do a job, while the end result for all these professionals is pretty much the same – ‘Welfare of the client’. Given that they work in a varied hierarchy, the modus operandi for all is vastly different. Parag Desai of Universal Communications (a division of Parag Desai Media Group) shares his trick succinctly, “For me, it has been a simple decision to never spoil relations with the media.”

Anirban, on the other hand, believes that the best thing you can do for a client is to tell him the truth, “After years of being surrounded by yes-men, the actors need to know who their well-wishers truly are! For me, success lies in knowing that I have never coloured my client’s vision. I know my job is to advice; I cannot take credit for their success. It is a proud moment for us when Deepika Padukone bags all the awards, when Ranbir Kapoor successfully silences critics who condemned him for doing ‘Barfi’ – but it is not our doing. Out here, as I pointed out, relationships are very important and rightly so. We, for one, know that it is not our place to object when say, a Ranbir Kapoor wants to support a friend by endorsing his work.”

Given that most of the PR people who are working closely with stars had worked really hard to convince them of their worth, it is no surprise that ParullGossainsays that her biggest high was to have “Vishal Bhardwaj decide that the PR should get opening credits!” A little appreciation goes a long way, and so does reiteration of foresight.

“When Vidya Balan was given the script of ‘Bobby Jasoos’, we didn’t tell her that Bling was a co-producing the film, for obvious reasons. When she approved, it was a silent iteration of our vision for her. These things make it really nice to be in this profession,” says Kasbekar.

The many entities trying to direct the stars towards their rightful place have good intentions, but one cannot refute that the matter is complicated by too many heads being involved. “One of the major problems publicists face is when there are too many people/agencies involved when it comes to promoting a film/brand/actor. As they say, too many cooks spoil the broth, so when there are too many decision-makers involved, the work process becomes slower and inefficient,” laments Parag Desai.

While most are grateful to concentrate only on the work at hand and let the marketing geniuses take things forward, there are some who are still uncomfortable with the whole corporatisation process. Yes, we are speaking about the old school actors who still want their heart to rule and repercussions be damned!

Recently Sanjay Dutt’s alleged fallout with Reshma Shetty made news; apparently the actor could not conform to Shetty’s diktats. Given how Shetty has turned ‘bad boy’ Salman Khan into a national hero, one can safely assume that those diktats wouldn’t have been without merit.

Shah Rukh Khan himself admits that it took him time to get used to the changed scenario… “It took me a while to get used to having young girls coming upto me and addressing me as Mr. Khan. The whole atmosphere changed within a year. While it has its merits, the warmth is lost!”