HomeEntertainmentWhen a woman says no they can’t take it: Isha Koppikar on sexual propositions from co-stars

When a woman says no they can’t take it: Isha Koppikar on sexual propositions from co-stars

When a woman says no they can’t take it: Isha Koppikar on sexual propositions from co-stars |
Follow us on

Getting roles chopped and being replaced is something very common among actors, especially for outsiders. In a recent interview with Pinkvilla, actress Isha Koppikar who has worked in films like Krishna Cottage, Rudraksh and Darna Mana Hai spoke how her Kaante director Sanjay Gupta cut her full-fledged role to just the item song ‘Ishq Samundar‘. The actress has also worked in several films in the south.

Isha said that she had no one to guide her in the industry. When ‘Khallas’ happened, she got type-casted as some with a pretty face and can dance. Talking about Kaante, she said that she was offered several dance numbers at the time she did ‘Ishq Samundar’ but refused to be a part of those. She revealed that she was supposed to have a role in the film but it did not happen. Isha further said that she was informed that her role is that of Sanjay Dutt‘s girlfriend. Later, she was told that the length of the film was too long and so to shorten it they had to let go off her role. The actress feels that she was too naive and took people for their face value.

Koppikar also talked about getting sexual propositions from co-stars. She cited an incident, “(I was told that) He is an early morning person and I should meet him between his dubbing and shoot. I said, okay fine I will be there. He said whom are you coming with? I said I am coming with my driver. He said, ‘No, don’t come with anybody. Because these are the people who spread rumours.’ I said I am always with my staff, I have always been driven by my driver. Why should I drive and come? I knew what it was so I told him, ‘I think I am not free tomorrow, let me figure this out. I will let you know.’”

“I immediately called up the producer and I said ‘If you want me for my talent, I am here. But that’s it. You want me to perform for my talent and looks, I cannot be doing all this just for a role. That is what is intimidating for a lot of actors, when a woman says no they can’t take it,” she added.

Being one of the victims of nepotism in Bollywood, Isha said that a lot of times she was replaced after the parents of star kids would call and take away the role. She also said that there were times when she would be replaced when she did not agree to get in the good books of her co-actor.

“Nepotism? There were so many times that I would get a role and then somebody called..the father would call or the mother would call and then a starlet would get that part. I was about to go for the mahurat when it happened,” she said.

Meanwhile, on the work front, Isha will next be seen in Ankur Bhatia’s Assi Nabbe Poorey Sau with Divyendu.

With inputs from Bollywood Hungama 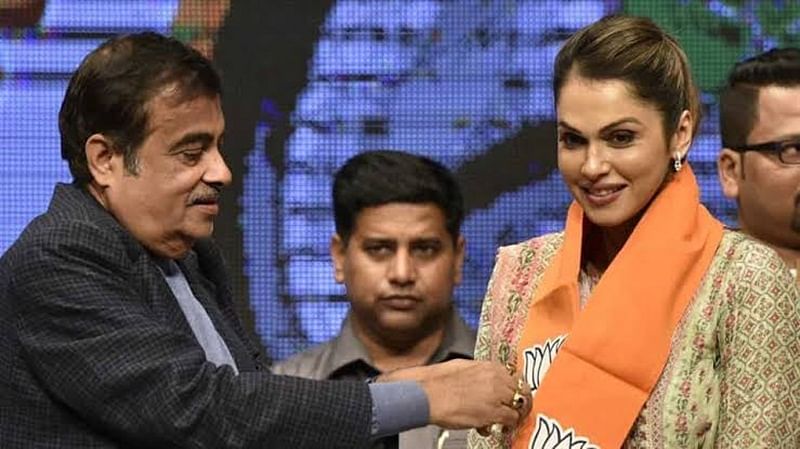 Malaika Arora was NOT the first choice for Chaiyya Chaiyya, THESE Bollywood actresses were