Instituted in the year 2018 by The Daily Eye, the Raj Kapoor Awards for Excellence in Entertainment are back in collaboration with The Free Press Journal. This year the focus is on web series and OTT performances that won hearts. After due deliberation by the jury, here are the winners who ruled the OTT scene in 2020

Instituted in the year 2018 by The Daily Eye, the Raj Kapoor Awards for Excellence in Entertainment are back in collaboration with The Free Press Journal. As 2020 the year ebbed off — a year like never before — with tragedies and anxieties swirling within us, we attempted to spread some cheer and salute one of the go-to relief points: the OTT platforms. The current situation being what it is, we are confining our salutes exclusively to the web series, which emerged last year, the cut-off date being December 15, 2020. The focus is on the series, which had us binging and craving for more. The selection in the various categories has been finalised by a jury comprising director of photography Faroukh Mistry, sound designer Kunal Mehta, senior government officer Sushil Poddar, film scholar Dhruv Somani and actor Asha Parekh. The jury was chaired by writer and author Khalid Mohamed. After due deliberation by the jury, here are the winners who ruled the OTT scene in 2020. Thank you for this honour for OTT’s Best Actress Female. Aarya has been a terrific journey for me. It has come at a time when the world tells you it’s done, that YOU are done. And life surprises you… people give you an opportunity to look forward to a whole new chapter! Couple of months before I actually signed Aarya, I said in an interview: “43 and we start again!” What a way to start man! Thank you Ram (Madhvani), my friend, co-directors Sandeep Modi, Vinod Rawat, who is also my teacher, my workshop teacher, the entire team of Aarya, I call them team Aarya-Family of Aarya, my co-stars… it’s a long list. It took more than a village, it took multiple countries to bring this together and for it to manifest in this great honour. Thank you so much from the bottom of my heart. Make this a habit please. Thank you for supporting Aarya and thank you for loving me for 25 years. The series is very close to my heart, it has changed my career upside down or downside up if I may say. This is my first award for the series... so it’s really very special for me. I want to thank so many people, and the list is really long. But I can’t finish my speech without mentioning a few names... of course, Hansal Mehta and the entire direction team. Hansal sir has put such a lot of faith in me and the reason I am here talking to you. Applause Entertainment, Studio Next and SonyLIV, without them I guess this entire series wouldn’t have been possible. The writers’ team created a character with such depth that I could get a chance to showcase the talent, the performance, the passion that I had inside me for a long time. I am sure every actor is waiting for something like this to come their way and I am the lucky one here. So on behalf of the whole team I would like to receive this award, so thank you very much! 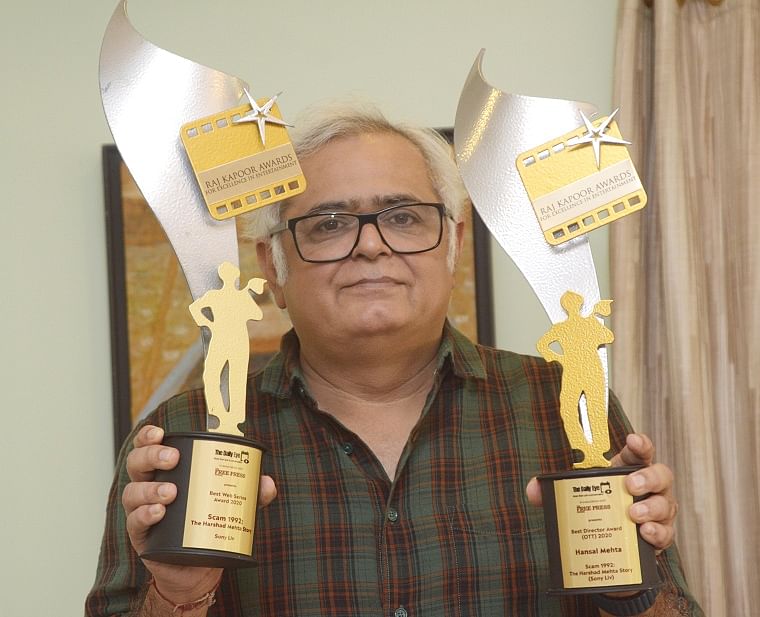 I am delighted and honoured to receive the Raj Kapoor Excellence Awards sponsored by The Daily Eye and The Free Press Journal. On behalf of the entire team, the producers, Applause Entertainment, Studio Next, and the platform SonyLIV, the technical crew, the creative team, the authors of the original book on which the show is based, Sucheta Dalal and Debashis Basu, and the cast and crew of Scam 1992: The Harshad Mehta Story, I accept this award with all humility. Thank you to the jury of the Raj Kapoor Excellence Awards, The Daily Eye and The Free Press Journal for acknowledging my work in Mirzapur. Thank you Puneet and Vineet Krishna, the writers of Mirzapur, for writing such a deliciously wicked part like Beena Tripathi. Thank you to the directors, Gurmeet Singh and Mihir Desai, and producer Excel Entertainment. And, thank you to the very loyal and enthusiastic fan base of Mirzapur who encourage us to do this every season. 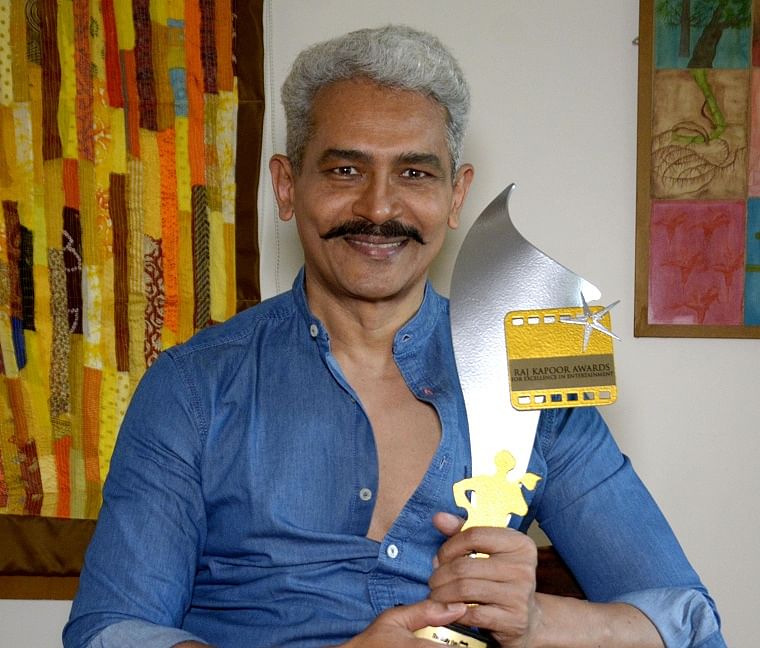 Thank you The Daily Eye and The Free Press Journal. Bandish Bandits is a very important show according to me. Thank you Anand, Amrut for bringing the show and Digvijay Rathod to me. And, thanks Amazon Prime because I know that it requires guts to say yes to this kind of show. Thank you so much for putting up such a grand show on an OTT platform. And, thanks to all my co-stars. We are indeed very happy and honoured to receive the award for the best original score for Bandish Bandits. We would like to thank The Daily Eye and The Free Press Journal.

It is lovely to be recognised for this soundtrack because it is a different project and it’s lovely to see people respond so beautifully to classical music. It makes us very happy to get this award.

The music has got classical bandish, thumri, qawwali, tarana…all these things which are Indian classical elements and of course there are some fusion world music tracks too. There were so many different genres… and it feels good that it was this widely accepted, especially by the youth, by the millennials. We would like to thank the makers of Bandish Bandits, our producers, Amrit (Amritpal Singh Bindra) and Anand Tiwari, the director of the series, and also Amazon for giving us an opportunity to do something, which we normally wouldn’t have got a chance to do.

This award is the result of the passion and work put in by a lot of people. It wouldn’t have been possible without the vision of Sameer Nair, it was his idea initially; the magic that Hansal Mehta and Jay Mehta brought into the direction of the show; the writing, the book written by Sucheta and Debashis and the writers’ team behind it; and the effort put in by team Applause led by Priya. We would also like to thank Danish Khan and the entire team at SonyLIV for taking this show to the world. Thank you to our great writers – Sumit Purohit, Saurav Dey, Vaibhav Vishal, Karan Vyas – for putting together this really engrossing and entertaining story; Mukesh Chhabra for bringing us this great ensemble of cast; the cast themselves, Pratik Gandhi, Shreya Dhanwanthary and everybody who put in everything to bring all these characters to life; and, of course, to Indranil Chakraborty, and the entire Studio Next team for putting the production together. We want to thank the viewers for their love and appreciation. Scam 1992 reflects the philosophy of Applause which is to disrupt, delight, and dazzle.

Winners in other categories: