Tuesday Trivia! How Yash Chopra found the mother for ‘Deewar’ 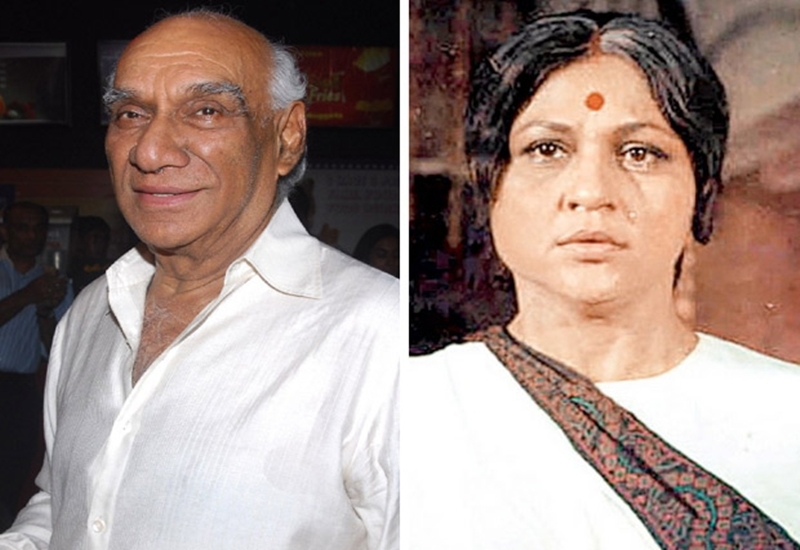 Yash Chopra and Amitabh Bachchan were working on a romantic film and the script was being writing by a group of writers. It was while they were working on the script that Salim-Javed narrated the script of Deewar to Amitabh alone. It was inspired by the renowned smuggler Haji Mastan. Amitabh was so carried away by the idea and immediately asked Yash to listen to the story Salim-Javed would narrate to him. Yash agreed and once he heard the story, he called Amitabh and said he was dropping the film they were planning and making this new film based on the story of Salim-Javed.

They had several meetings and the first thing Yash and the writers decided was that the film would be called Deewar. Amitabh and Shashi Kapoor would play the two brothers, one the smuggler and the other a police officer. The most important character in the story was the mother. Yash thought of many of the senior actresses he had worked with but finally decided on Vyjayanthimala who he had worked with as an assistant director during the making of Naya Daur and who had retired from film. Yash called her and tired every way to persuade the actress to accept the role, but even after two months, she didn’t give Yash any answer. In a state of desperation and even anger, he told Amitabh and Salim-Javed that he was serious about taking Nirupa Roy who was known for playing roles in devotion films.

They felt Yash was joking, but he was very serious. He cast Nirupa to play the role of the mother of Amitabh and Shashi and she became the most popular and highest paid mothers in Hindi films and became immortal with that one line spoken by Shashi Kapoor, “Mere pass maa hai”. Vyjayanthimala who is eighty-one now still says that rejecting the role of the mother in Deewar was one of the biggest mistakes she made in her career.