There is essence of Ma Durga in 'Mardaani 2': Rani Mukerji 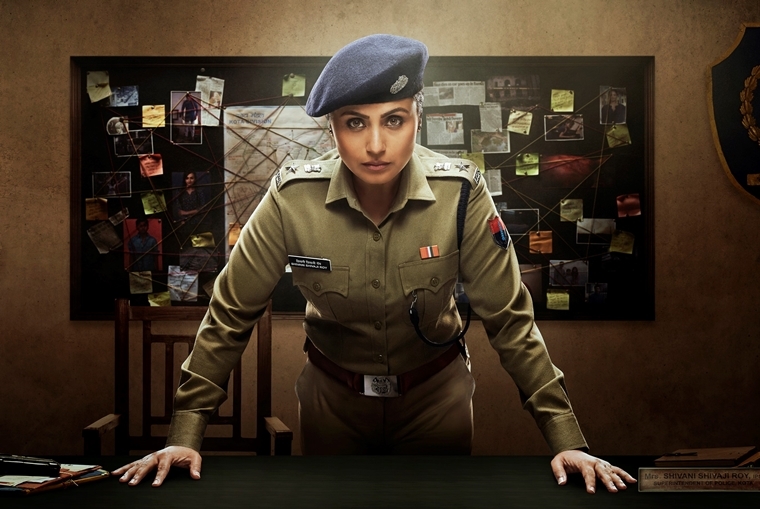 Mumbai: Actress Rani Mukerji has said that there is the essence of Ma Durga in her forthcoming action-cop drama "Mardaani 2", adding that she is happy that promotional activity of the film started during the Durga Puja Festival.

"I feel glad that we released the first look and the teaser of 'Mardaani 2' during Durga Puja festival. During this festival, we worship Ma Durga, who is known as a symbol of strength and there is an essence of Ma Durga in 'Mardaani 2,' so I feel happy that we communicated with the audience for the first time for 'Mardaani 2' during Durga Puja festival," said Rani, while interacting with the media at North Bombay Sarbojanin Durga Puja when she came to seek blessing of Goddess Durga on Saturday in Mumbai.

Rani Mukerji is back on screen as the feisty cop Shivani Shivaji Roy in "Mardaani 2", which focuses on the life of tough cop Shivani Roy as she fights crimes against women. The film is being promoted with the hashtag "she won't stop", which forms the gist of the story. The teaser begins with a tense moment when armed cops can be seen entering a gated area. Rani, dressed in uniform, can be seen gearing up to take charge of the situation.

In the Gopi Puthran directorial, Rani will reportedly be pitted against a 21-year-old antagonist. The film has been shot extensively in Kota and Jaipur in Rajastan. It is produced by her husband Aditya Chopra's banner Yash Raj Films and is scheduled to release on December 13.