The Great Indian Kitchen review: An unusually exceptional film that makes you feel the guilt

A not-to-be-missed socially relevant gem of the present era, this can easily be declared as the first must-watch, eye-opener film of 2021

The Great Indian Kitchen is an unusual new-age gem, which has neither been made following the set formats of filmmaking nor worrying about the commercial aspects, with complete confidence in its target audience.

Though its title points towards a subject related to the concept of cooking, it actually is all about the women owning those kitchens, the initial days of a newly-wed in her new home and the amount of labour that goes into preparing the Indian traditional dishes. But above all, it’s about the male-dominance or patriarchy largely practised in our society over centuries, wherein women are suppressed and are gradually made to forget their individual dreams and passions in their new homes.

Written and directed by Jeo Baby, it presents the activities in an Indian traditional kitchen with some amazing as well as astounding detailing. The narration is teasingly slow, but it’s the lengthier narrative that makes one realise the pain and effort put in by the women preparing those dishes eagerly awaited by all family members. Plus, after about 45 minutes, one easily gets (particularly the male viewers) that why it is being shown in such visual details without any story build-up as such, denying the routine. At that very moment, the viewers start becoming restless remembering and realising their own participation in such patriarchal activities in their families.

The film also excels in its technical departments with applause-worthy editing, cinematography, lighting and sound designing, mostly incorporating natural sounds within a kitchen, which we are all familiar with. Besides, the art direction and costumes successfully represent the specific regional culture both in the traditional and new-age homes.

Having said that, this is an exceptional film that is not going to appeal or impress everyone. The subject might have been witnessed in several films in the past, but never with this kind of presentation in a duration of just 100 minutes. Shot mostly in a house with only the climax at a different location, The Great Indian Kitchen has only five-six key characters in its simple storyline and that too with minimum dialogues, the script of which can easily be written in just a few pages. The highly realistic performances are skilfully led by Nimisha Sajayan and Suraj Venjaramoodu playing the newly-married couple, and the support cast splendidly complements them both. 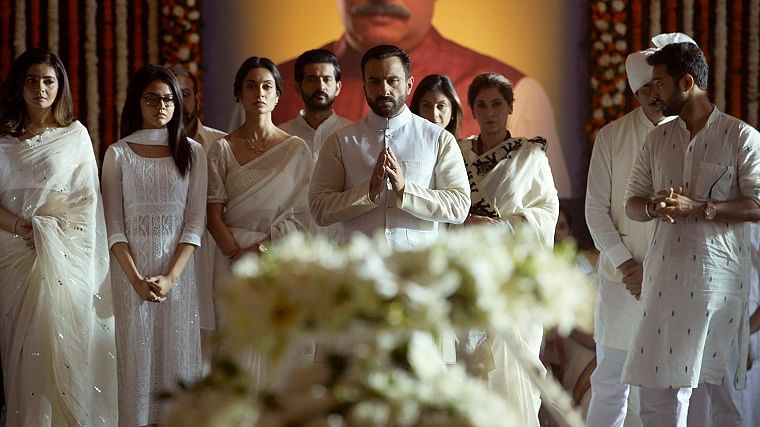 As an unapologetic cinematic expression, the film showcases how a newly-wed girl slowly becomes an undeclared slave in the house ruled by otherwise soft-spoken and smiling men. Directly releasing on a lesser-known portal NeeStream, it was reportedly denied by major OTT platforms, probably due to its unconventional execution and sensitive content dealing with how women get treated during their menstruation cycle. Ironically, the scenes dealing with the same have been presented quite conservatively.

A remarkable film in its entirety, though The Great Indian Kitchen has a beautifully visualized climax featuring a stunning dance performance, it does have an underwhelming culmination where the men are also left without any lessons taught through a verbal confrontation. But then it certainly works better, staying away from the expected and making the viewers feel guilty in a much serious manner.

Summing up, here we have a powerful film reminding how Indian women take two births in their lifetime and the men knowingly refuse to realize the fact. A not-to-be-missed socially relevant gem of the present era, this can easily be declared as the first must-watch, eye-opener film of 2021.

Read Also
Unpaused review: Positive and engaging, even if not exceptional 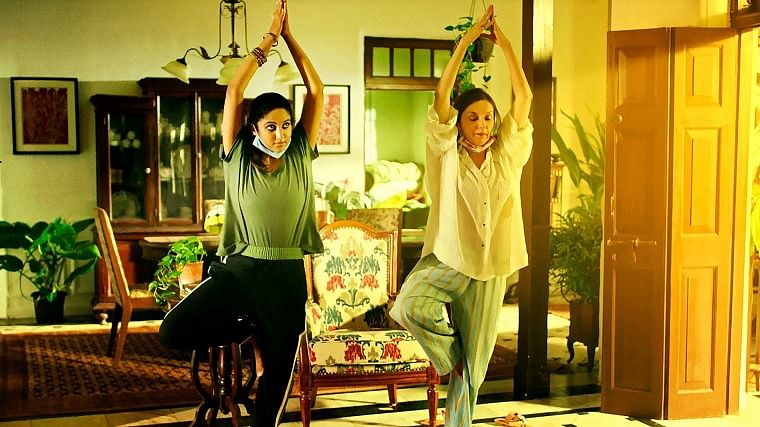