Still not the flavour of the season: Kangana 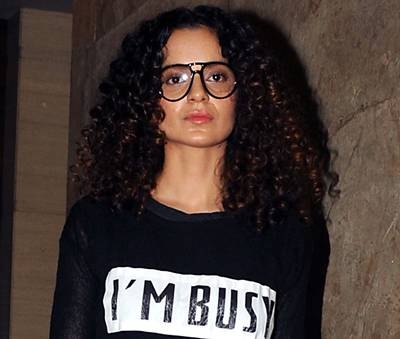 Mumbai: The success of “Queen” has catapulted Kangana Ranaut to the big league, but the “self-made” actress who has quite a few given good films in her eight-year career, says she is only “trying to make my own identity” and doesn’t aspire to win “flavour of the season” tag.

From her first film “Gangster – A Love Story” to “Woh Lamhe”, “Life…in a Metro”, “Fashion” and “Tanu Weds Manu”, the 27-year-old proved her mettle whenever she faced the camera. But the success of Vikas Bahl directed “Queen”, which has collected about Rs.50 crore at the domestic box-office, is like an icing on the cake.

But the success hasn’t gone to her and she said: “I am a self-made person. Whatever I have achieved till date, I have struggled a lot for it.”

” ‘Queen of Bollywood’ is tag, which is given to different actresses every month, so I don’t want any such tag,” the actress told reporters Wednesday at the film’s success party hosted by Bahl.

Kangana, who won Nation Award for best supporting actress for her portrayal of a troubled model in “Fashion”, will next be seen in the lead in “Revolver Rani”, releasing April 25.

“I have been struggling from the last eight years and where I have reached today, I am still not the flavour of the season and I don’t aspire to be one. I do my job honestly. I do different kind of work and I am trying to make my own identity,” she said.