Sonam Kapoor: Life doesn’t change for a man after marriage, why should it for a woman? 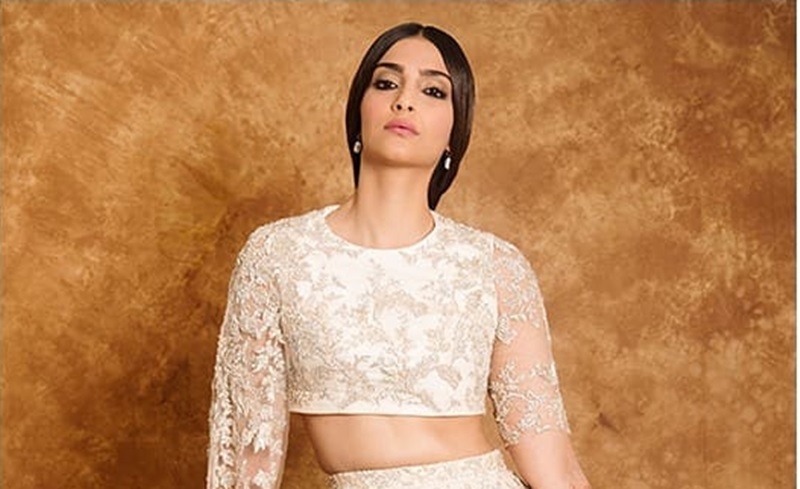 Bollywood’s star child Sonam Kapoor tied the knot to her long-time boyfriend Anand Ahuja in a lavish ceremony on May 8, this year. Most of B-Town was present at this flamboyant affair. Sonam unlike most newlyweds did not give in to a break but geared up to sizzle on the red carpet at the 71st Cannes Film Festival in order to endorse a cosmetic brand.

In an exclusive interview with DNA After Hrs, the diva shares her take on equity in pay, her comfort and realistic view about herself and the heat around her name change post marriage.

Recently Sonam was asked in an interview whilst promoting her latest flick Veere Di Wedding about her work ideas post marriage, being asked on the same plank the actress happily stated it with reference to the revolution around the #MeToo campaign, she would always represent women who know to prioritise their work and support this revolution on her part.

Sonam who is known to be a feminist, also laid emphasis on the issue of pay disparity in the film industry and in general which she also discussed at Cannes. She elaborated on how the world is still under a certain misogynistic and patriarchal mind-set that needs to change. She further added on how women of power can be equally aggressive or masculine but when it comes to handing over their share of what they deserve the woman becomes undesirable. She said, “Women should collectively fight for this issue. I have been trying to do it since the beginning of my career.”

When asked about going solo for Cannes and if hubby liked her stunning outfits she smiled saying her did like them a lot.

However, since being always in the public eye can be pressurising in terms of fashion choices. Sonam speaks on how it’s ok to not succumb to the fashion norm and fall for judgements. “Women need to stop exerting that pressure on themselves. I’m enjoying myself and wearing things that I like to wear. I don’t think about what other people think of my dresses which is why I have a good time on the red carpet. I just want to be myself and that’s what young girls identify with. It’s not about my clothes, but the attitude that I carry myself with”, she said.

On her red carpet appearance post marriage and the anticipation of coming in with her hubby Anand Ahuja, Sonam states, “It’s the same thing. Life doesn’t change much after marriage. It doesn’t change for a man. So, why should it be different for a woman where work is concerned?”

On the rumours of moving in London post marriage, Sonam shuns it down saying she is mostly switching from Mumbai to London several times a year but maybe no one noticed it.

On her recent flick Veere Di Wedding, she says that being a commercial film she hopes it will do will and that people are looking forward to watch it.

When asked if marriage can turn the tables for actresses who are the top of their game, she said, “People are still asking me these questions, which is sad. I don’t know if it’s changed that much. I know that Kajol, Dimple Kapadia, Nargis, Nutan and Waheeda Rehman have continued with their career post marriage.”

Upon the name change that raised many brows for other feminists and being lashed despite being a progressive thinker, Sonam clarifies her take on this personal choice, stating, “I’ve always maintained that I’m a feminist. I have a choice to change my name when I want to do it,” she told DNA.

Well, Sonam Kapoor is definitely the woman of tomorrow and we wish her the very best.