Shriya Pilgaonkar, Varun Mitra and the team of Guilty Minds reveal what's special about it

The makers of the Shriya Pilgaonkar, Varun Mitra-starrer Guilty Minds, launched its trailer on April 8. The Free Press journal caught up with its cast, including Suchitra Krishnamoorthi and Satish Kaushik. The web series is co-directed by Shefali Bhushan and Jayant Somalkar. It will premiere on Amazon Prime Video from April 22 onwards.

Talking about the preparation for his character Deepak, who is a lawyer in the series, Varun shares, “As far as my research is concerned, I picked by my director Shefali’s brain because she comes from a lawyers family. She made me aware of the kind of mindset the lawyers have as her father and brother are lawyers. She mentioned that when someone hires a lawyer, how people blindly trust them, how lawyers walk into the court, all these things helped me to play Deepak.” Elaborating further, he adds, “Once I went to the trial court in Mumbai with a friend, and she told me that there’s one guy who is a favourite of all the judges, and I saw his arguing the case. He was quite flamboyant about what he was doing. The way he was arguing, he had a little swagger in him. I was destined to see him that day since it gave me the conviction to play Deepak as he is also very energetic, animated and honest.” Shriya, who is also playing a lawyer in the show, reveals, “I had to surrender to my director Shefali’s vision. I feel when I was going to audition for my part, I sort of developed a vibe with her. I wanted to know about her life, so I believe that this project called out to me in a way. My biggest fear was that I shouldn’t be trying very hard to play Kashaf Qazi on screen. When I went to the actual court in Delhi once, I was like, where’s the drama? It was all lies in the films so far.”

She further explains, “When you see our show, you’ll realise that the courtrooms shown in it are so fabulous and authentic. I had to learn a lot of legal terms and long dialogues. One thing that stayed with me was that Shefali told me don’t try to be Kashaf, trust you are Kashaf. She is very strong-headed, has opinions, and that itself was very difficult to play as Shriya.” 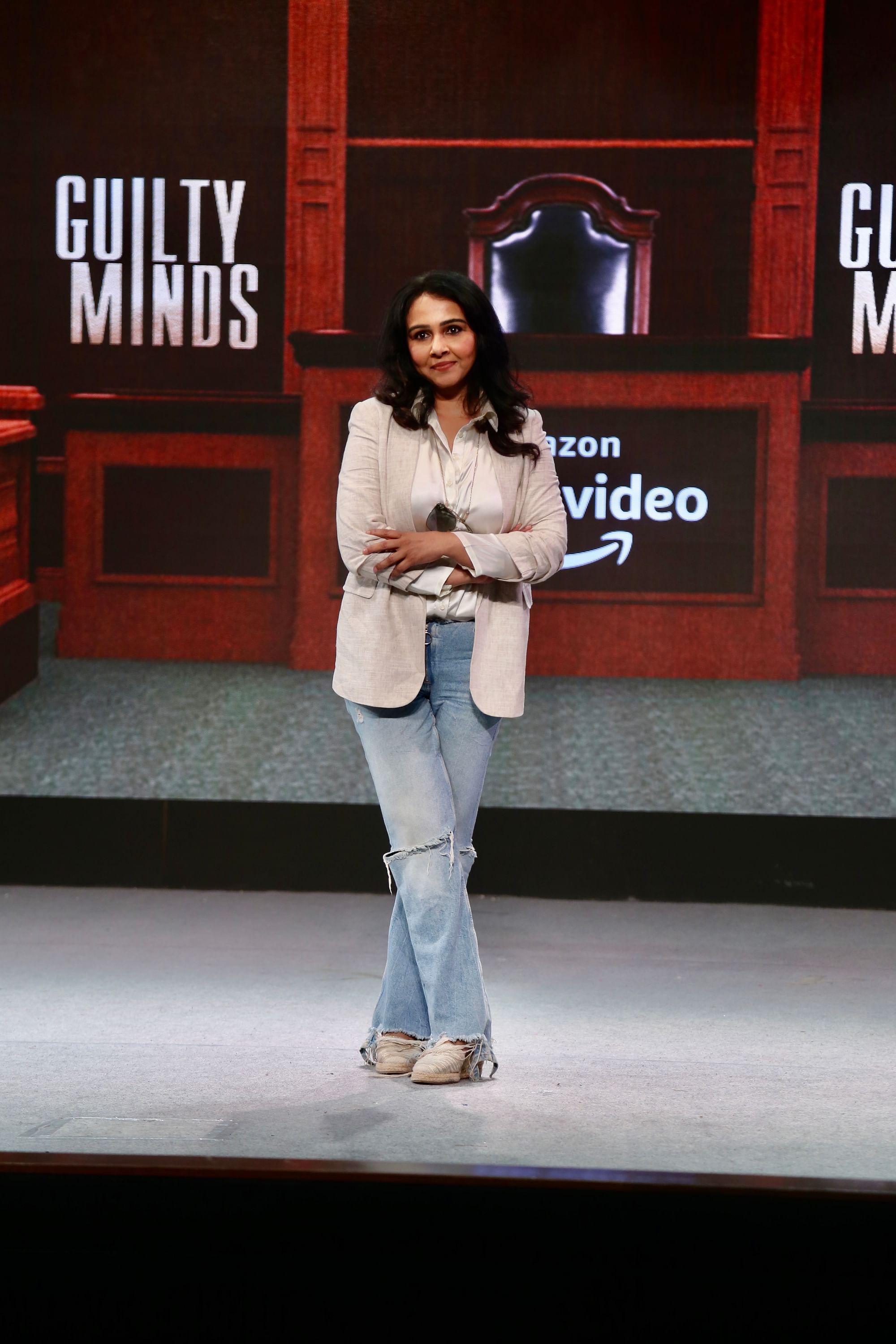 Fondly remembered as Ana from the 1994 release Kabhi Haan Kabhi Naa, actress Suchitra says, “I have been in and out of courts for so many years. I can say that I am a court expert. Guilty Minds is very close to authenticity except, for one thing, there are no air conditioners in our Indian courts, but our set was fantastic.” Shefali avers, “I have gone from pillars to posts to convince producers to believe in the subjects that will be liked by audiences and could help in changing the way people perceive. This show is teamwork for me. I hope people will shower love on the show.” Veteran actor-director Satish will be seen in an important role in Guilty Minds. “I am having fun working with younger minds who are far superior to us. It’s a great time for an actor like me who is getting an opportunity to prove himself and tell that I am from NSD. I am happy that Shefali could see a different side of me beyond comedy which I have done all my life,” he concludes.