Shreyas Talpade, who shot to fame in Bollywood with Iqbal in 2005, is back to playing a cricketer on-screen. This time, however, he will play a real-life cricketer Pravin Tambe, who made his cricket debut at the age of 41 in 2013’s IPL. Kaun Pravin Tambe? is directed by Jayprad Desai and will start streaming on Disney+ Hotstar from April 1.

Talking about challenges to play iconic sportsman Pravin Tambe, Shreyas shares, “The experience was wonderful, to say the least. It’s been 17 years since I did Iqbal, where I played a fictional role, so to play a real-life character based on the true story of Pravin Tambe was a phenomenal opportunity as an actor. At the same time, it was extremely challenging, physically and emotionally taxing for me. I feel any actor would not leave a part like this. I consider myself really fortunate that I got to showcase the 20 years of Pravin’s life. He has done so many things with a single-minded focus, and his dream never died. I thank God that post-Iqbal, I am doing another sports film.” 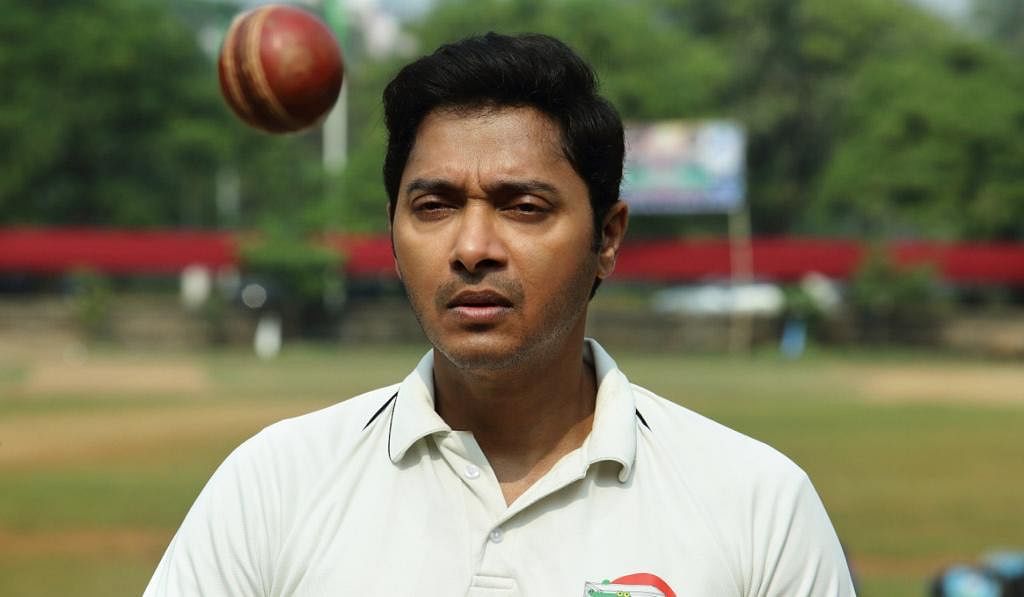 A still from Kaun Pravin Tambe?

When further probed on his personal favourite sportsman he wishes to play on screen, Shreyas gushes, “I am a huge fan of Rahul Dravid and Sachin Tendulkar. I mean, who minds playing Sachin on screen, but I have always admired Rahul’s game and persona. Besides these, there are so many stories in our country which we aren’t aware of. I thank my producers Shital (Bhatia) and Sudip (Tewari) for backing sports content.” Shital had earlier backed the life story of Indian cricket stalwart Mahendra Singh Dhoni where the late Sushant Singh Rajput played the titular role in M.S. Dhoni: The Untold Story. This is the second sports biopic under his banner. “Cricket wasn’t the intention to venture into the second film after M.S. Dhoni: The Untold Story; rather, the idea of telling an inspiring story was, and Pravin’s story is one of its kind. His never say no attitude provoked us to back this film. People retire at 35, but he kept going despite all odds,” Shital explains.

Talking about his new venture, Bootroom with Sudip, Shital reveals, “We want to tell stories not just on cricket but on all the sports, not necessarily biopics. We are also looking at fictional stories, documentaries and talk shows on sports. This is our larger vision under this venture.”

According to him, the sports genre is commercially viable. “I feel it is still underserved compared to the West, but there is a huge potential in it. There’s a huge market for non-life sporting content, and we want to fill this gap. Hence, our company is solely dedicated to sports content,” Shital concludes.