‘She is an iconic star’: Sara Ali Khan opens up on reprising Karisma Kapoor’s role in ‘Coolie No. 1’ remake

New Delhi: Sara Ali Khan, is undoubtedly the GenNext star of Bollywood. She made a promising debut in 2018 opposite Sushant Singh Rajput in the Abhishek Kapoor film Kedarnath. Since then, she has chosen her projects carefully, mixing roles in the commercial entertainer Simmba opposite Ranveer Singh, with the Imtiaz Ali romantic drama Love Aaj Kal co-starring Kartik Aaryan.

With her next, Coolie No. 1, Sara enters the mad, mad world of David Dhawan, in which very few stars have confidently impressed. The remake of 1995 hit of the same name stars Varun Dhawan in the title role and, going by the trailer, aims at reloading the all-out Govinda-style slapstick therapy for entertainment.

"When I started off, my only dream and desire was to be able to do all kinds of genres of films with all kinds of directors. So, I truly consider myself extremely lucky that I have been given this opportunity because I am of course a die-hard David sir fan. But the truth is, not one particular genre of cinema I like," Sara said.

Sara, daughter of actors Saif Ali Khan and Amrita Singh, added: "So, I am very very lucky and privileged to have been given the opportunity to do that with so many different directors," added the granddaughter of veteran actress Sharmila Tagore and former skipper Mansoor Ali Khan Pataudi.

The 25-year-old actress is currently looking forward to the release of Coolie No 1, a remake of the Govinda-Karisma Kapoor original. In the remake, Sara will reprise Karisma's role while Varun essays the role essayed by Govinda.

Sara says stepping into the shoes of Karisma Kapoor is "not possible". "She is an iconic star. She redefines the nineties for most audiences. So I don't think I have even attempted to step into her shoes. Of course, it is a remake and comparisons are inevitable. Up until now I was so much more focussed bringing something new to the table. Everything is kind of tweaked to make it more today," she said.

The actress was "zero-years-old" when the original hit the theatres in 1995. "It's been some years since then. Things have changed. I think instead of aping or trying to copy Karisma, which is impossible to do, we have tried to bring a freshness to the role. I enjoyed working with Varun, so it is that chemistry for me that's in the film as opposed to trying to copy Karisma Kapoor because that wouldn't be fun and wouldn't be possible."

This was Sara's first time working with Varun and she had a lot of fun. "Honestly, it was like a mela. Especially shooting for Ganesh (Acharya) sir's songs with David (Dhawan) sir's direction. It looked like a mela! It was really fun and I had a super blast. It really felt outstanding and all of us had a really good time. I really hope that kind of fun and energy got translated on screen because that would be amazing," added Sara.

Read Also
2020 has been a difficult year: Varun Dhawan wants to make people smile through his movie 'Coolie No... 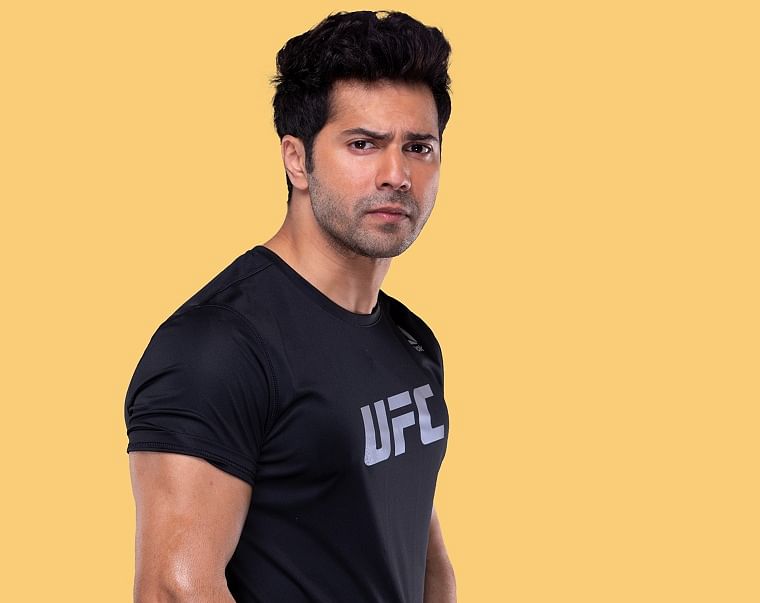 HomeEntertainment‘She is an iconic star’: Sara Ali Khan opens up on reprising Karisma Kapoor’s role in ‘Coolie No. 1’ remake