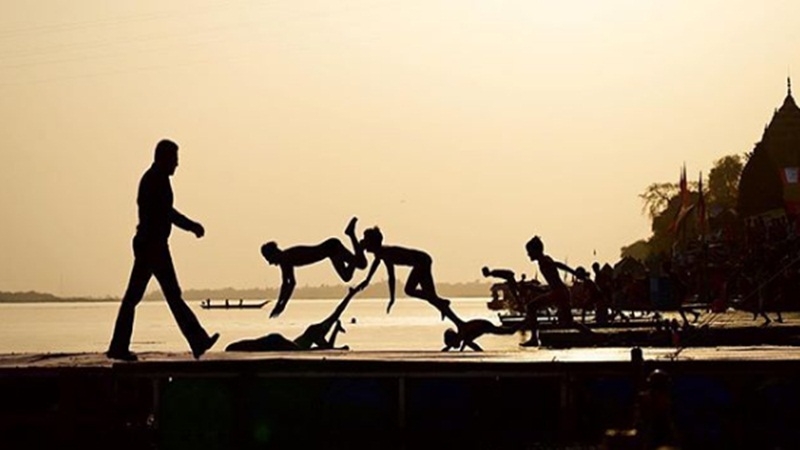 Bollywood’s hunk Salman Khan is currently shooting for Dabangg 3 and he is making every possible effort to give fans a sneak peek of his film by posting pictures on Instagram. In the latest post, Salman Khan has shared a picture of him on the ghats of river Narmada. In the picture, the actor is seen walking on the ghat and children diving into the river. He wrote, “Shooting for #dabangg3 on the beautiful ghats of Narmada.”

Salman Khan started shooting for Dabangg 3 in the small town of Madhya Pradesh on Monday. Earlier, the actor shared a picture of him with the trademark Dabangg sunglasses on his back. A number of videos and pictures of him riding a cycle on the streets of the city are also going viral on the internet.

Shooting for #dabangg3 on the beautiful ghats of Narmada

On Monday, Salman Khan took to Instagram to make the big announcement. He posted a video saying, “Arbaaz Khan and I have just landed in Indore where we were both born and we are going to Mandleshwar and Maheshwar to shoot for Dabangg where our grandfather was posted when he was in the police force.”

Arbaaz added, “That’s right. So, we are going to have our first day of shoot tomorrow. Dabangg 3 starts tomorrow [April 1].”