Veteran star talks about the late iconic actress during the show

There are few on-screen pairs in Hindi films that have been mass favourites and one such jodi was Jeetendra and the late Sridevi. The two starred together in successful films like Himmatwala (1983), Justice Chaudhury (1983), Mawaali (1983), Tohfa (1984), Dharm Adhikari (1986), and many more. Recently, while the veteran star made an appearance with Govinda on Sa Re Ga Ma Pa Li'l Champs, he got nostalgic. The show currently has the top 10 contestants mesmerising one and all with their fantastic singing. Jeetendra along with Govinda were special guests for an episode ‘The Dancing Heroes’. While all the contestants gave some outstanding performances this week, it was contestant Rafa and Prajyot’s performance to the songs Taki o Taki and O Lal Dupatte Wali that made Jeetendra reveal an interesting anecdote about his Himmatwala co-star. 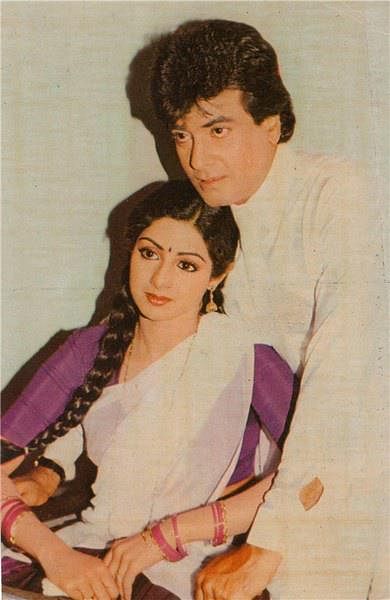 Jeetendra reminisces, “Sridevi was a great artiste. I still remember, whenever I used to rehearse with her, she would get all the steps immediately. On the other hand, I needed at least six to seven rehearsals. To make it easier for her, I used to tell her that I will practise with the choreographer, but she was so humble and kind that she insisted on doing the practice with me as many times as needed to get the steps right. That was the kind of respect she gave.”

Sa Re Ga Ma Pa is the longest-running singing reality show. Several talented powerhouses like Shreya Ghoshal, Shekhar Ravjiani, Kunal Ganjawala and Sugandha Mishra shot to fame after appearing on the show. It is giving some exceptional young singing prodigies a chance to shine on the grandest stage once again with Sa Re Ga Ma Pa Li’l Champs season 9.

This season there is a fresh panel of judges including Shankar Mahadevan, Anu Malik, and Neeti Mohan. Bharti Singh is the show’s host. The episode will be telecast on coming Sunday.