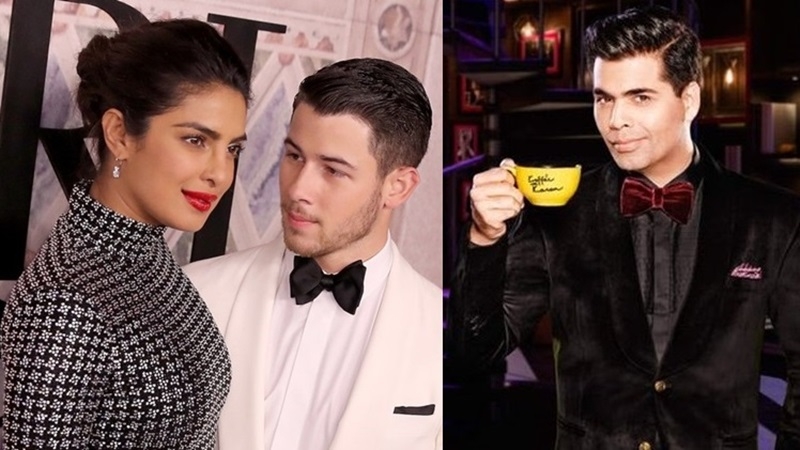 Earlier, it was reported that Priyanka Chopra has have plans to make a joint appearance with Nick Jonas on the sets of reality show, Dance plus 4. It is now heard that the soon to be man and wife might be seen together in the finale episode of Koffee with Karan.

Talks are on between Karan Johar and Priyanka and if everything goes smoothly, as in if the time permits, then Priyanka and Nick will be sharing the couch and spilling out beans about their love story, for which everyone is waiting for. Let’s see how much Karan will be successful in making this happen which will be a dream come true for many especially Priyanka’s fans.

Priyanka Chopra and Nick Jonas are painting the town red with their sheer PDA and mushy love. However, soon there will be more colours added to their relationship as the duo is soon going to tie knot in early November. While Priyanka has already created a niche for herself in West, beau Nick slowly and steadily is making a place in the heart of Hindi film industry.

Earlier, too it was reported how Priyanka wants Nick to gel with Bollywood colleagues, and her fans here in India. That doesn’t mean that PeeCee wants Nick to do any Bollywood film or any such thing, it’s just that she wants people here in India to know Nick on a personal level.