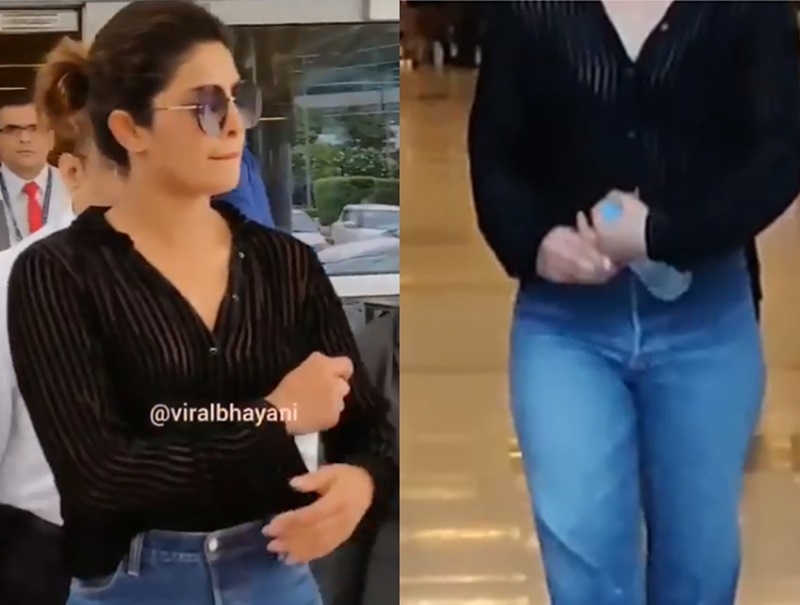 It has been chaotic ever since the rumours of Priyanka Chopra being engaged to Nick Jonas surfaced. The Quantico actress, who has always been low profile of the men in her life, is even more tightly lipped now. Despite her recent fallout with Salman Khan in Bharat, PC is a busy bee with her professional life whatsoever and maintaining her personal life. She was spotted last evening in Singapore rooting for Nick Jonas as he performed in front of a packed house.

Official or not, Priyanka Chopra may have fallen in a pit if the video that went viral is true. After her Singapore trip, Chopra flew back to India and landed in Delhi today morning, where she was captured hurriedly removing her big rock on the ring finger, which is reportedly from the Tiffany store.

The to-be-wed party including mom Madhu Chopra has denied any news about her daughter’s marriage. But it seems like she certainly liked it and put a ring on it! Watch this space for more updates and latest scoops from the entertainment arena.