Prateik Babbar, son of veteran actor and politician Raj Babbar and late Smita Patil, gets candid about his aspirations, and journey in the film industry as he gears up for the release of his new web show, Chakravyuh – An Inspector Virkar Crime Thriller

Son of veteran actor and politician Raj Babbar and late actor Smita Patil, Prateik Babbar’s journey in the entertainment industry has been full of highs and lows. The actor, who made his Bollywood debut with Jaane Tu... Ya Jaane Na (2008), took a sabbatical in 2013 to focus on his health, following a battle with substance abuse. Post his stay at a rehab, he focused on bettering his craft by taking up an acting course at the Jeff Goldberg studio. He made a comeback in 2015 with the film Umrika. However, it was the Tiger Shroff-starrer Baaghi 2 that brought him back in the spotlight. Since then his career trajectory has been a mix of films and web series. With his new digital show, Chakravyuh – An Inspector Virkar Crime Thriller, streaming on MX Player from today, Prateik Babbar talks about his journey in the film industry, the show, and upcoming movies, Mumbai Saga and Bachchan Pandey. Excerpts from the interview:

What is Chakravyuh... about?

Chakravyuh..., directed by Sajit Warrior, is a crime-thriller. It revolves around the character Virkar, which is played by me. It largely focusses on social media, the dark web, and the cryptocurrency racket, because of which innocent people are losing their lives.

Tell us about your experience of working with co-actors Simran Kaur Mundi and Shiv Pandit in the series.

Simran and I great friends. She is a great performer, and portrays her characters with aplomb. Simran and I didn’t perform any scene together for this film. However, she is a dynamic person, with an inspiring personality. Shiv and I have also been friends for long, and it was exciting to work with him. In fact, three of us had an exciting time while shooting the series.

How would you describe your professional journey?

It’s been a journey with a highs and lows. I do regret a few steps but those have also taught me some valuable lessons. I will be a man on a mission, parallelly dealing with my successes and failures. I want to do meaningful characters, and wish to be remembered as a great actor like my mother [late Smita Patil]. I don’t want anything more than this in life.

In the initial days of your career, you worked in a Tamil film. Any plans of working down South again?

I am absolutely keen on working in South Indian films. I’m open to doing everything in any language. I have no bars when it comes to the medium as well — films, theatre, OTT, short film. As long as the story and the character resonates with me, I have no qualms about anything. It has been a healthy working atmosphere. I’m working with people who have added value to my life as an actor and also as a human being.

You also worked with Rajinikanth in Darbar. How was the experience?

That man is really “something”. He has an amazing aura. Whenever he is around, there is a different kind of energy on set. Rajini sir is the most disciplined and dedicated actor I have ever worked with. I hope that I get to work with him again.

What next after Chakravyuh...?

I am shooting for Mumbai Saga that is set to release on March 19. I play the role of John Abraham’s younger brother. Also, there’s Akshay Kumar’s Bachchan Pandey that I am part of. In addition to these, I am also doing a web show, and an announcement on the same is expected very soon. 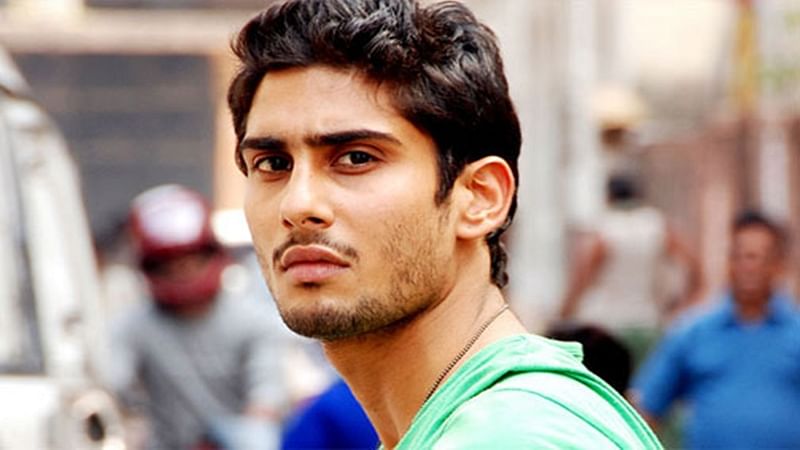