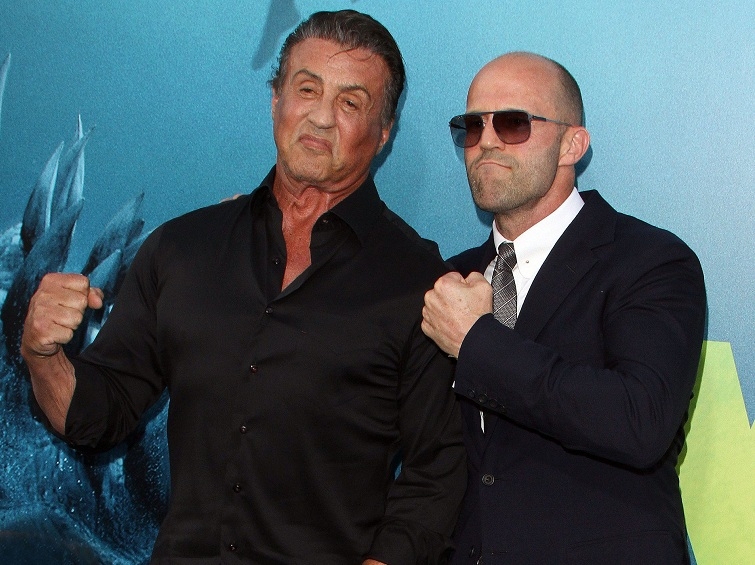 Los Angeles: Actors Jason Statham, Sylvester Stallone, 50 Cent and Megan Fox among others will be seen in the new 'Expendables' film. Lionsgate and Millennium Media have announced that a new 'Expendables' movie is coming with a bunch of familiar faces and some new additions, reports aceshowbiz.com.

The fourth installment will bring back the franchise veterans such as Sylvester Stallone, Jason Statham, Dolph Lundgren and Randy Couture. The four stars, who have appeared in the previous three installments, are set to reprise their roles as Barney Ross, Lee Christmas, Gunner Jensen and Toll Road, respectively.

Meanwhile, Curtis "50 Cent" Jackson, Megan Fox and Tony Jaa are joining the upcoming movie as new characters. Plot details have not been revealed, but according to The Hollywood Reporter, the movie will once again focus on a group of veteran mercenaries.

The movie will also mark the transition from Stallone to Statham as the focal point, with Fox being tapped as the female lead.

"It's so much fun to bring these stars together for a no-holds-barred action film. The new film will raise the stakes and be the biggest, most bada** adventure yet," said Jason Constantine, president of acquisitions and co-productions for the Lionsgate Motion Picture Group, in a statement.

"Popcorn entertainment is guaranteed," Millennium president Jeffrey Greenstein went on promising, gushing that the new additions to the roll call were meant to "keep it fresh and fun."

Stuntman-turned-director Scott Waugh is on board to helm the project, while the script is written by Spenser Cohen, with revisions by Max Adams and John Joseph Connolly.

Statham is producing along with Kevin King Templeton as well as Millennium's Les Weldon, Yariv Lerner, Jeffrey Greenstein and Jonathan Yunger. Production will start this fall, but no release date is announced yet.

50 Cent took to his Instagram page to celebrate his involvement in the project. "Expendables BOOM time to work," he posted along with a screenshot of an article about the movie. He added in another post: "Here we go ! still think i'm nothing Green Light Gang."