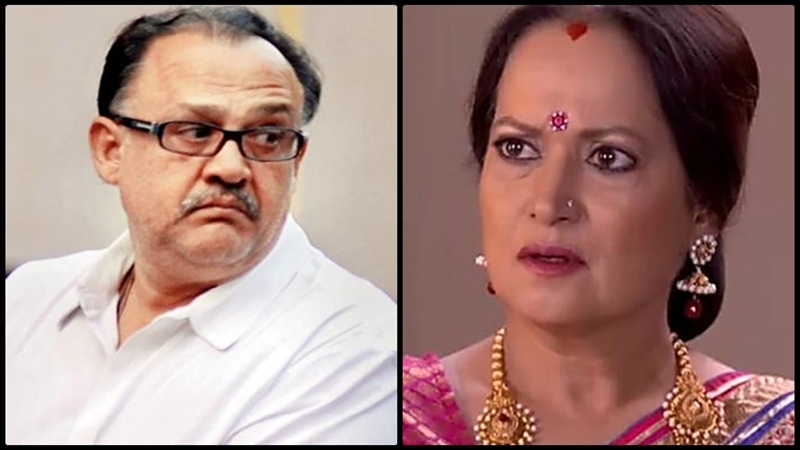 Mumbai: Alok Nath was like “Jekyll and Hyde” whose predatory behaviour was an “open secret” in the industry and has become public now, actor Himani Shivpuri said Thursday. The actor, who has worked with Nath in many films and TV shows, said she was shocked to read Vinta Nanda’s Facebook post, accusing the “Hum Aapke Hai Kaun” actor of rape. “If he (Nath) has done it, then it is very bad. You cannot force any woman to do anything against her will, using your power. It is tough for women,” Shivpuri told PTI.

Shivpuri, who worked with Nath on films like “Hum Saath Saath Hai”, “Pardes”, “Kabhi Khushi Kabhie Gham” and TV shows like “Ghar Ek Sapnaa”, said he was always nice to her but she heard stories from other female actors.  “Whenever we shot in daytime, he would be mild and normal but after having liquor he used to be this Jekyll and Hyde person. He used to change completely. I heard from actresses that they had a tough time working with him,” she said, adding that a veteran actor, who passed away recently, had once said he chased her. “People were not that willing to open up at that time, even Vinta reported this after so many years,” she added.

Shivpuri said Nath’s “sanskari” image was a media creation but he was often pulled up for his uncivil behaviour. “While we were in Dubai once for ITA awards, he had consumed liquor and his wife was worried and was disturbed with his behaviour as he was drunk. He was also once caught peeing in open and was deplaned from a flight as he had misbehaved on the flight. “Media it seems was ill-informed about his image. Everybody knows what kind of a person is. Some things are open secret in the industry,” she added.

Talking about her journey in the industry, Shivpuri said the place is rife with such stories and she faced her share of harassment. “Yes, that is a part of the industry. There were known faces. Maybe at some point, I will come out with my #MeToo story. But very well known and important people have tried to take advantage of me or have misbehaved.  “They are still around. When I want to name them, I will name them. It will not be one name, there will be quite a few names. These incidents happened early in my career,” she said, adding she is does not want to become a “sensational piece of news”.

Shivpuri said she was not “physically harmed” but was asked for favours from “actors, directors and producers”.  “I was rude to them and I told them this is not done, I had put my foot down.For me it is not about survival issues. I have never had that fear in my life. I did not compromise ever. In the West, they have morality. We pretend to be moral people but we are not. We do not have a moral code.” The veteran actor said she did not share her experience of harassment with colleagues as she felt they might judge her. She also kept it a secret from her family because they would have told her to quit acting.

Shivpuri praised Tanushree Dutta for coming out and speaking out against harassment in Bollywood. “Hats off to Tanushree Dutta and Vinta Nanda for speaking about it after so many years. When Tanushree spoke about it. She was thrown out of the industry ten years ago. It is the women who get targetted because the society will point fingers at them. Women is a victim you should not blame her.” The actor said harassment is “rampant everywhere” and not just in the film industry.

“Let’s see, wait and watch what action is taken (against the celebrities). It shouldn’t be swept under the carpet. If it is effective, it is good,” she said.