Laksshya & Ravie: The other Kapoor cousins!

TV Czarina and producer Ekta Kapoor and actor Tusshar Kapoor have been giving us sibling goals for years. The brother-sister duo, who have been supportive of and stood by each other in times of crisis, never have been in news for sibling rivalry (there never even have been rumours of there being problems between the two). But the same can’t be said about the bond between their babies: Ekta’s son Ravie and Tusshar’s son Laksshya. Tusshar became a single dad in 2016 and Ekta became a single mom in 2019. Both had opted for surrogacy.

Laksshya immediately became the centre of everyone’s attention and had his grandparents Jeetendra and Shobha Kapoor and even bua Ekta wrapped around his little finger. But it seems, for Laksshya there might have been a little drop in the attention he gets ever since Ekta’s son Ravie arrived.

Giving us a peek into Laksshya and Ravie’s relationship, Tusshar says, “Both enjoy each other’s company. They get along very well. But, Laksshya though, remains a little submissive in our presence. He feels this new baby is taking my place.”

Tusshar recently turned producer with the Akshay Kumar and Kiara Advani starrer Laxmmi, which will release digitally on November 9 on Disney+Hotstar. 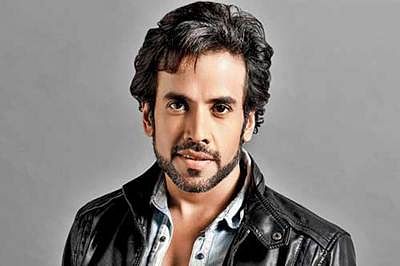