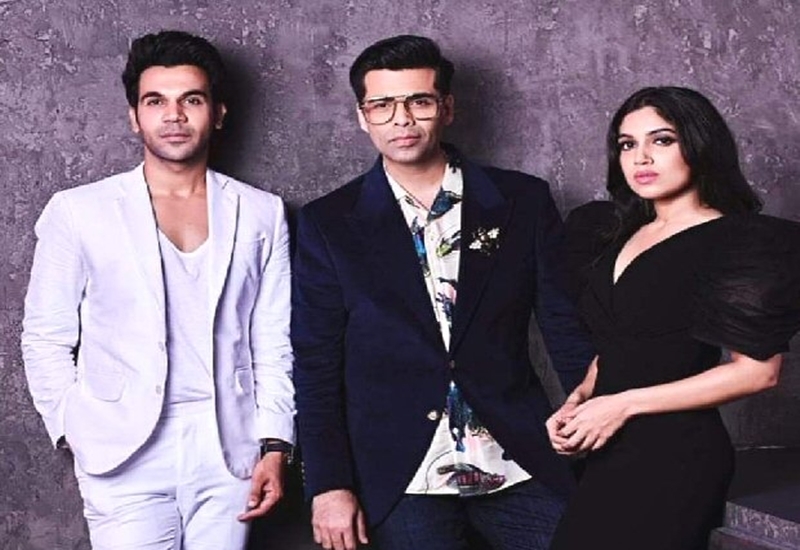 Filmmaker Karan Johar is back on Television with the sixth season of his entertaining chat show, Koffee With Karan. The new season began with Bollywood’s blockbuster leading ladies, Alia Bhatt and Deepika Padukone. As this year’s theme is to bring interesting duos to the coffee couch, the latest stars to film an episode of Koffee With Karan are Rajkummar Rao and Bhumi Pednekar.

Earlier, there were speculations that Rajkummar Rao would be gracing the show with his Stree co-star Shraddha Kapoor. It seems like those were just rumours. After shooting a fun episode with Rajkummar and Bhumi, Karan shared a gorgeous picture and captioned it, “Shot for a super fun cup of koffee today with @psbhumi and @RajkummarRao !! #KoffeeWithKaranSeason6.”

Bhumi Pednekar was definitely one of the breakout stars of 2017 with two successes at the box office – Toilet – Ek Prem Katha and Shubh Mangal Saavdhan. Rajkummar Rao is a living and breathing example of the whirlwind fame that suddenly erupted in 2017 with Trapped, Bareilly Ki Barfi and Newton. With the success of Stree, he has emerged as a Rs 100 crore hero.