Joshua and Rebecca Tickell's new documentary marshals facts and interviews with scientists, ecologists and environmentally concerned celebrities to showcase a global movement to tackle the climate crisis challenge by regenerating the soil to heal our bodies and ultimately, save the world.

It's interesting that the title of this compelling, timely documentary from an eco-warrior husband and wife team draws on theologically-laced terminology to make an impassioned appeal for healing the earth. For Dr Parag Khanna, global strategy advisor, geo-engineering and technological innovation is the only solution to our climate calamities. But, for the Tickells and the experts assembled in this film, 'the solution' is right beneath our feet.

Reverence for the earth will save humankind, asserts the film, whose Executive Producer is Hollywood A-lister Leonardo Dicaprio. The film also shows Gisele Bündchen, and her husband Tom Brady in their kitchen and subsequently, a battery of researchers, medical and agriculture experts, and celebs.

Woody Harrelson, who features in and narrates the film, provides a historical overview and interesting facts between commentary from experts. "The carbon we breathe out is in us. We are 16 percent carbon," he says as he threads through the history that culminated in the soil and climate crisis, and the solutions that can make the difference.

This film makes a thorough examination of the subject, informing us that the 1930's Dust Bowl in the USA was a man-made disaster and that insecticide was developed by German scientists during the Second World War. I remember the use of DDT powder was widespread until many countries, including India, banned it in the 1970s.

Some other things we already know. Some not. Inhabitants of the Indian subcontinent know desertification is a big threat if our dust storms are anything to go by. Already two thirds of the world is desertified, causing hunger and mass migration.

The film asserts that by regenerating the soil, we can rapidly stabilise the climate, restore ecosystems and create abundant food supplies. Using compelling graphics, along with striking footage from NASA and war archives, the film demonstrates that reducing the carbon footprint will result in healing the soil (and in the long run, our bodies, too). "We get the soil right, we can fix a lot of our issues,” says Ray Archulettva, Conservation Agronomist, NRCS, a very early riser, as viewers can see.

The Tickells' solution is simple, practical and possible. Composting, eating organic foods and a mostly vegan diet. It is salutary to remember though that a strict vegetarian diet can also lead to digestion issues and weaken immunity. But that's another story. 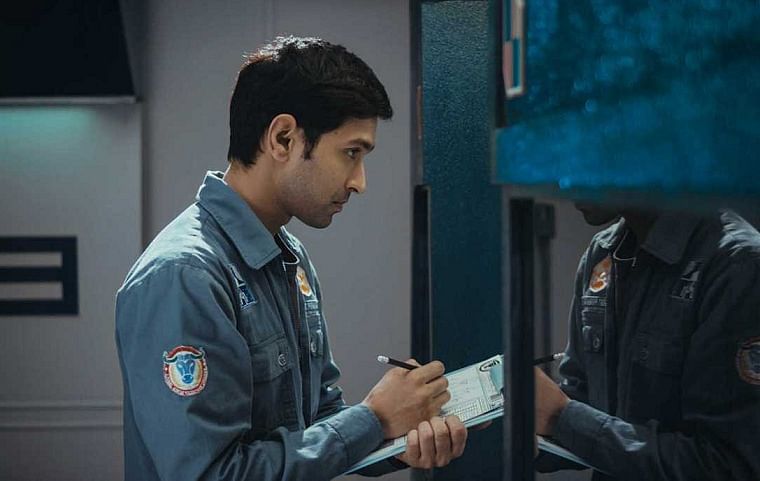