It successfully establishes a warm relationship with the viewers, bringing smiles onto their faces, reviving the nostalgic years

While school life is sweet, having its own memories, it’s college life that makes a much deeper impact on our psyche and the unsure future. The relationships are a sum of naive and mature emotions, and they stay with us for long, defining how we think, live, and conceive our next decades of life.

As a film, Hridayam beautifully expresses the fact, following the journey of a soft-spoken but strong Arun from his college days to the marriage becoming a father. It showcases the various challenges faced by him dealing with his affairs, break-ups, career choices, and other relationships. The film’s first half remains completely focused on his college and hostel life, including the cliché elements of ragging, friendships, love, fights, and heartbreaks.

Bringing in the novelty, here we have the studies presented as a significant part of the plot in a highly appreciable manner, differentiating the content from other similar movies. The story moves at a peaceful pace in these first 90 minutes, and the narration pulls you in with many relatable characters. It is in this part of the film that you feel nostalgic, recalling your fond memories of the past.

The second half begins with Arun exploring his life post the lively college days. He chooses a career he feels passionate about, marries a pretty girl, and they soon become parents, beginning the next phase of their lives. The story progresses at a brisk pace in this hour, and years pass hurriedly, unlike the first half. Here you do feel the script going too straight, lacking the required cinematic twists. But then the execution thoroughly keeps you engaged, heading towards a calm and realistic conclusion.

To be fair, Hridayam neither has any exceptional plot in-store nor anything unpredictable in its script post a tragedy in its initial hour. Directed by Vineeth Sreenivasan, the movie heavily relies upon its nostalgic storytelling, heartfelt performances, eye-catching frames, and soothing music, resulting in a more than a decent entertainer. It’s like two films combined into one in which both the lead and supporting acts never seem to be staged. Pranav Mohanlal wins hearts through his charming smile, and Kalyani Priyadarshan makes an adorable impact playing the bubbly character. However, it’s Darshana Rajendran who simply steals the show even when she disappears from the screen for a good time.

The film has a hearty soundtrack with the lyrics even incorporating Punjabi and Hindi phrases. The songs have been intelligently placed, taking the story forward. And they also remain one of the key reasons the film reaches out to the young college students and the pass outs. Among the shortcomings is its over-length of around three hours and lack of depth in the evolution of its lead character. Though the dialogues try to convey the expected maturity, it somehow isn’t visible in Arun’s on-screen persona.

Nevertheless, Hridayam successfully establishes a warm relationship with the viewers, bringing smiles onto their faces, reviving the nostalgic years. As a message, it thoughtfully conveys that a relationship might not materialise as lovers wish it to be, but they still can stay in touch as two mature individuals. It might not be a soul-stirring film, but is worth experiencing for its execution. It once again makes you feel the divine love in the air.

Read Also
Freedom Fight review: This Malayalam anthology is one of the finest works of Indian cinema, with... 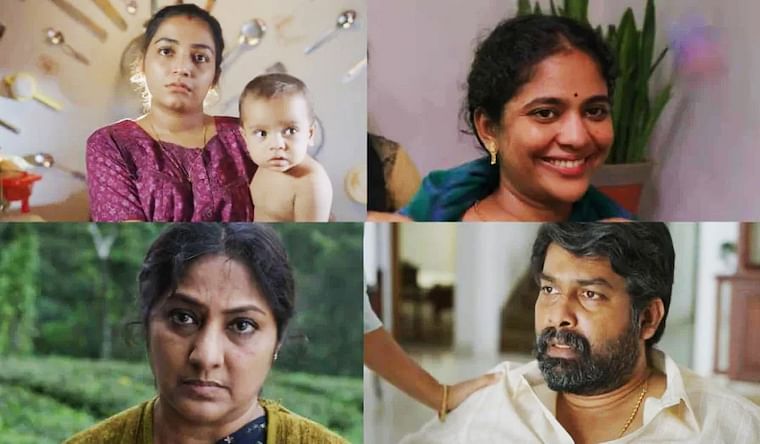