Preeti Jhangiani is best known as the Mohabbatein girl. In an exclusive chat with The Free Press Journal, the actress talks about how love blossomed between her and hubby Parvin Dabas. Excerpts: When did you meet Parvin for the first time?

I met him first at Dabboo Ratnani’s wedding. Since he was a familiar face, I raised my hand to say ‘hi’ but he didn’t respond! He came up to me later to say, ‘I thought you were saying hi to someone behind me since we’ve never met’. Two years later we met on the sets of With Luv... Tumhaara. We started getting to know each other and eventually were dating during the promotions of the film,

What was your initial reaction when you saw him? Did the bell begin tolling immediately or did that happen later?

Not immediately. The actors on the film thought he’s crazy for always running off to trek or take pictures of birds and nature. He grew on me slowly. We hardly spoke during the month-long shoot in beautiful Manali.

What did you like about Parvin when you first met him?

He was different from other actors… self-assured but not self-obsessed. Did you guys exchange numbers?

Only at the extreme end of the shooting schedule!

A whiskey, home brewed by the owner of the house we shot in Manali. He invited us to try the drink at the end of a shooting day and we got talking.

After you came home, did you keep thinking about him and thought about meeting up?

Where did you go for the first date?

I don’t remember the first date actually! But a memorable date would be when he took me out on my birthday to the Oberoi and we ate oysters. 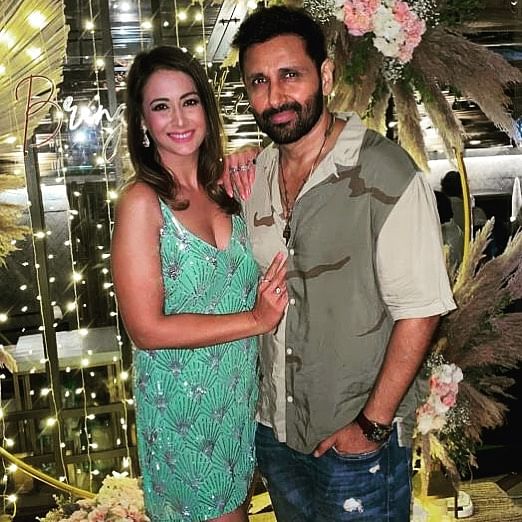 No, he always paid. He’s a gentleman.

What did he bring for you on your first date?

I don’t remember that, but I have two engagement rings! One when he proposed to me and the second one is when we actually got married.

We both did actually.

How many times in a day would you speak with him?

Multiple... we still do! 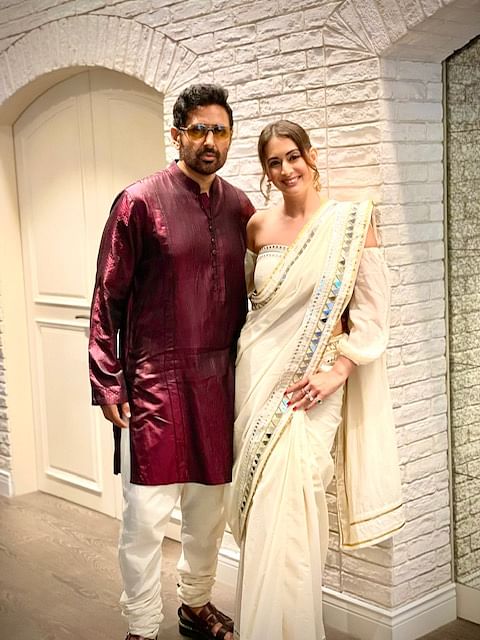 I don’t think either of us is possessive at all.

He is and he laughs at his own jokes.

Who is the cleanliness freak? Who is short tempered?

He is. He’s a Cancerian with an elephantine memory. I can also get angry, but I cool off very quickly and I forget and forgive easily.

Would you fight during your courtship? What were the fights about and who would say sorry first?

Who remembers what we fought about, usually I would say sorry I think.

Did you face any opposition when you were ready to marry?

How has your relationship changed from being boyfriend- girlfriend to being husband-wife?

We’re certainly more mature now. We are not just husband and wife but mother and father also. We know now that most fights are over silly things and we’ve both learnt to let go of things and listen more to the other half.