HomeEntertainment'He was a great support when I was negotiating a personal loss': Hina Khan on Sidharth Shukla

'He was a great support when I was negotiating a personal loss': Hina Khan on Sidharth Shukla

The actor gets candid about her transition from TV's favourite bahu to a vamp, and shares her take on the emergence of OTT

Hina Khan believes as a performer you win some and you lose some. But ultimately it is the fans and their adulation that keeps you going. For someone who made a transition from daily soaps to reality shows, Hina is all for taking up new challenges. “When I was doing daily soaps, I was completely into it. But then I decided to take up a negative character like Komolika (Kasautii Zindagii Kay 2), after years of playing someone like Akshara (Yeh Rishta Kya Kehlata Hai). Everyone was shocked, but people got curious and ultimately applauded my performance. The same thing happened when I took up shows like Khatron Ke Khiladi and Bigg Boss. Khatron... helped me to become a better version of myself while I learnt a lot about physical stamina in that show. It helped me get over my fears. But Bigg Boss gave audience a chance to see the real me, apart from the characters they saw every day on TV. That show helped me to push my limits,” she said.

Hina believes Indian television still has a lot to offer to the audience and one should not just write off daily soaps, in favour of OTT platforms. As someone who has ruled TRPs for almost a decade, Hina is sure content on television can still keep the audience hooked. “I know there is this huge debate over OTT versus TV. But 70 per cent of the population in India still watches television. Most families still watch daily soaps. Digital content is a different genre and not a replacement for television... It will always be there. But one now has the option of watching OTT if they are looking for variety. That is the difference. I don’t think one platform is going to replace the other,” she added.

Read Also
'I really felt bad': Hina Khan reveals she lost out on Kashmiri girl's role due to her 'dusky... Few people know that Hina has passion for music and had once auditioned for the singing show, Indian Idol. Even though singing comes naturally to her, she chose acting. “I am keen on music. When I went to audition for Indian Idol I was hoping to get through. But I haven’t given it up. I pursue music in my own space.”

The actor has starred in a couple of music videos as well, the latest being Main Bhi Barbaad, under the banner Saregama Music. The video features Angad Bedi and Hina Khan in their gangster avatars. Lasting close to five minutes, the track has been composed by Gourov Dasgupta, while we hear Yasser Desai crooning his composition. Kunwar Juneja has penned the lyrics of this song that talks about betrayal. “I enjoy shooting for music videos. I have got a lot of positive feedback about my chemistry with Angad Bedi. We got along well on the sets and did not have to put in any extra effort for this role. There is a story to it and that makes it even more watchable. I love the gangster vibe in the video,” she pointed out. Hina also expressed her desire to work with Angad again, since they seem to have a crackling chemistry on screen.

Read Also
'Missed you terribly today': Hina Khan pens heartfelt note as she visits her father's grave on her... On a personal level, Hina Khan is also upset about losing a great friend in the late Sidharth Shukla. “He was a good friend, someone one can rely on. He was a great support when I was negotiating a personal loss. I can’t imagine that something like this can actually happen, out of the blue. It is really unfortunate that something like this can happen to such a young person. Only shows how uncertain everything around is. We became good friends in the Bigg Boss house and continued even after we came out. I do miss him,” she rued.

Sidharth, who had won the 13th season of the reality show, died on September 2 of a heart attack. He was 40 years old and his demise sent shockwaves in the television industry.

The actor then went on to talk about her future plans and how she is looking to surprise her fans with every new project. “I have signed a couple of projects, which I cannot talk about now. I am all geared up to do new things. I will soon make an announcement. I love to shock my fans and that's what the new projects will do,” she signed off. 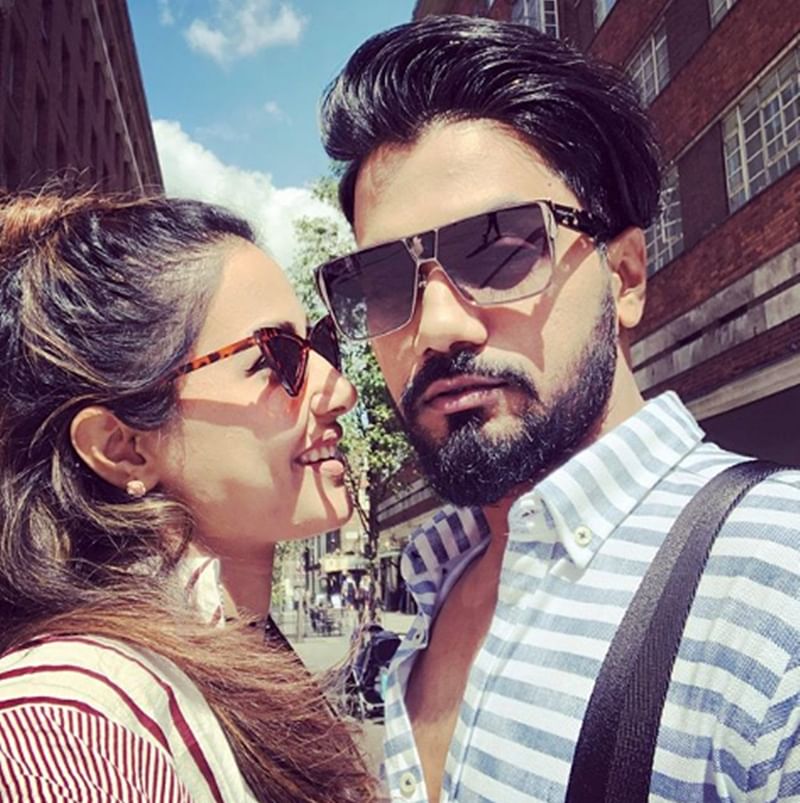