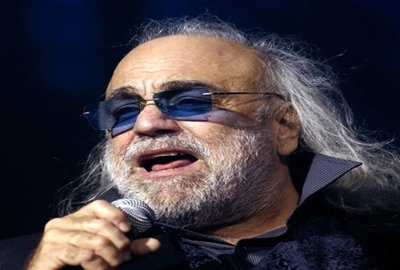 London : Greek singer Demis Roussos passed away at the age of 68 as he was suffering from with an undisclosed illness for some time, it has been revealed.  Roussos’ bandmate Vangelis paid tribute in a statement saying he is shocked because he could not believe that this happened so soon adding that nature gave him this magic voice which made millions of people around the world very happy, the BBC reported.

Greek singer Nana Mouskouri also paid tribute on French radio RTL saying that Roussos had a superb voice, he travelled in the world and he loved what he was doing. The Greek singer was also part of a band called Aphrodite’s Child that produced three albums. Roussos sold more than 60 million albums worldwide and was best known for his solo hits in the 1970s and 80s, including ‘Forever and Ever’, ‘Goodbye’ and ‘Quand je t’aime’.