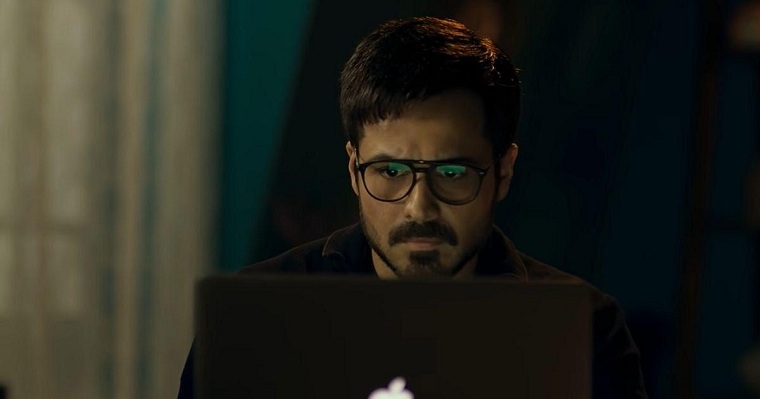 There is no logical explanation for all this’ — at some point in the narrative, a priest tells a police officer. As far as ‘confessionals’ from filmmakers go, this is just about as honest as it can get. Once you have that out of the way, you can just about put up with what Dybbuk has to offer. Just about.

After the death of Moshe bin Asher — one of the last Jews in Mauritius — an antique dealer acquires a cabinet that belonged to Asher. Soon after, his attendant is found dead, lying at a grotesque angle inside the shop. Meanwhile, Sam Isaac (Emraan Hashmi) and Mahi Sood (Nikita Dutta) arrive in Mauritius from Mumbai, after Sam is posted there to head the operations of a nuclear waste disposal facility. Mahi, while redoing the house they have moved into, purchases the cabinet and ends up releasing the evil that lies within.

Given that this is a horror film, there’s a little bit of a backstory involving a miscarriage that Mahi has had. And, of course, they move into a huge bungalow where they have no house help, which leaves them conveniently on their own to navigate the mayhem the evil spirit unleashes. A priest, Father Gabriel (Denzil Smith), arrives to meet Sam and is immediately aware of the wrong aura in the house. Acting on his advice, since the box has an inscription in Hebrew, Sam hires a rabbi, Markus (Manav Kaul, the only spark in this dreary affair — and even he seems to be wondering what he is doing here), to get to the bottom of the unholy affair that involves a saga of violence and vengeance across the ages.

The dybbuk — an evil spirit (in this case trapped in a box) that attaches itself to anyone unfortunate enough to release it — is a familiar element in Jewish folklore. To the regular Indian moviegoer, unaware of the mythology, that itself would have been an interesting take-off point for the film. As it stands, it is just about the only curio in the film that’s even halfway engaging. However, devoid of the context that Jay K’s original, Ezra, had — the death of the last Jew in Kerala and its ‘end-of-an-era’ connotation — and the rather mindless shift of the narrative from Kochi to Mauritius, Dybbuk exists in a vacuum. It could well have been set in Timbuktu and the evil spirit could well have been your standard Bollywood ‘dusht atma’. 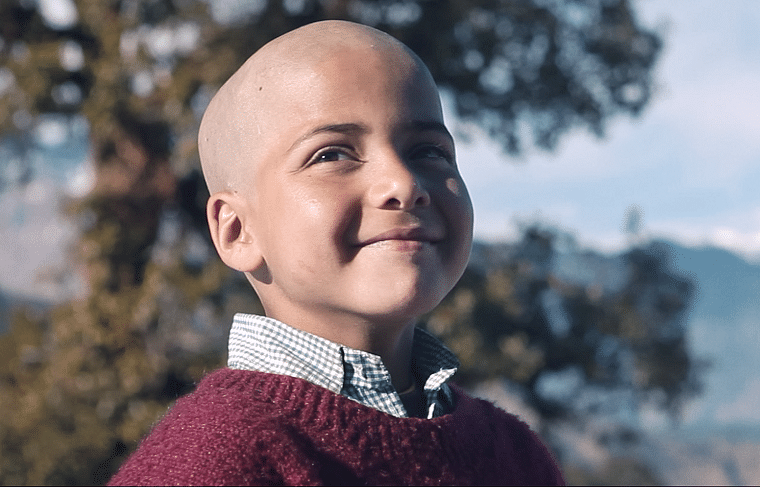 Horror as a genre involves a willing suspension of disbelief — you do not go expecting reason or rationality. But a good horror film takes you by the scruff of the neck, so to speak, leaving you with no time to ponder on the why-s and how-s. Dybbuk does not even try. The pacing is sluggish, the tropes strictly generic — rocking chairs, ticking clocks, rustling curtains, thudding footsteps, dangling apparitions — and the performances somnambulant. Emraan is a pro at the genre but his is a rigorously going-through-the-motions act, while I am willing to grant that Nikita probably needed to be sleepwalking to convey being dazed and possessed.

Though I had some issues even with Ezra, which the director reshoots almost frame by frame here, there was at least an atmospheric feel to it that emphasised an underlying menace than overt horror. Not to mention a certain social and political context, which took the film out of its genre specificity. Dybbuk does not even do justice to the genre, let alone the original. If it’s dybbuk horror you are looking for, you could do well to watch Ole Bornedal’s 2012 film, Possession.

Title: Dybbuk: The Curse is Real

Bhavai review: Starring 'Scam 1992' actor Pratik Gandhi, the movie's take on the Ramayana is too...
Advertisement