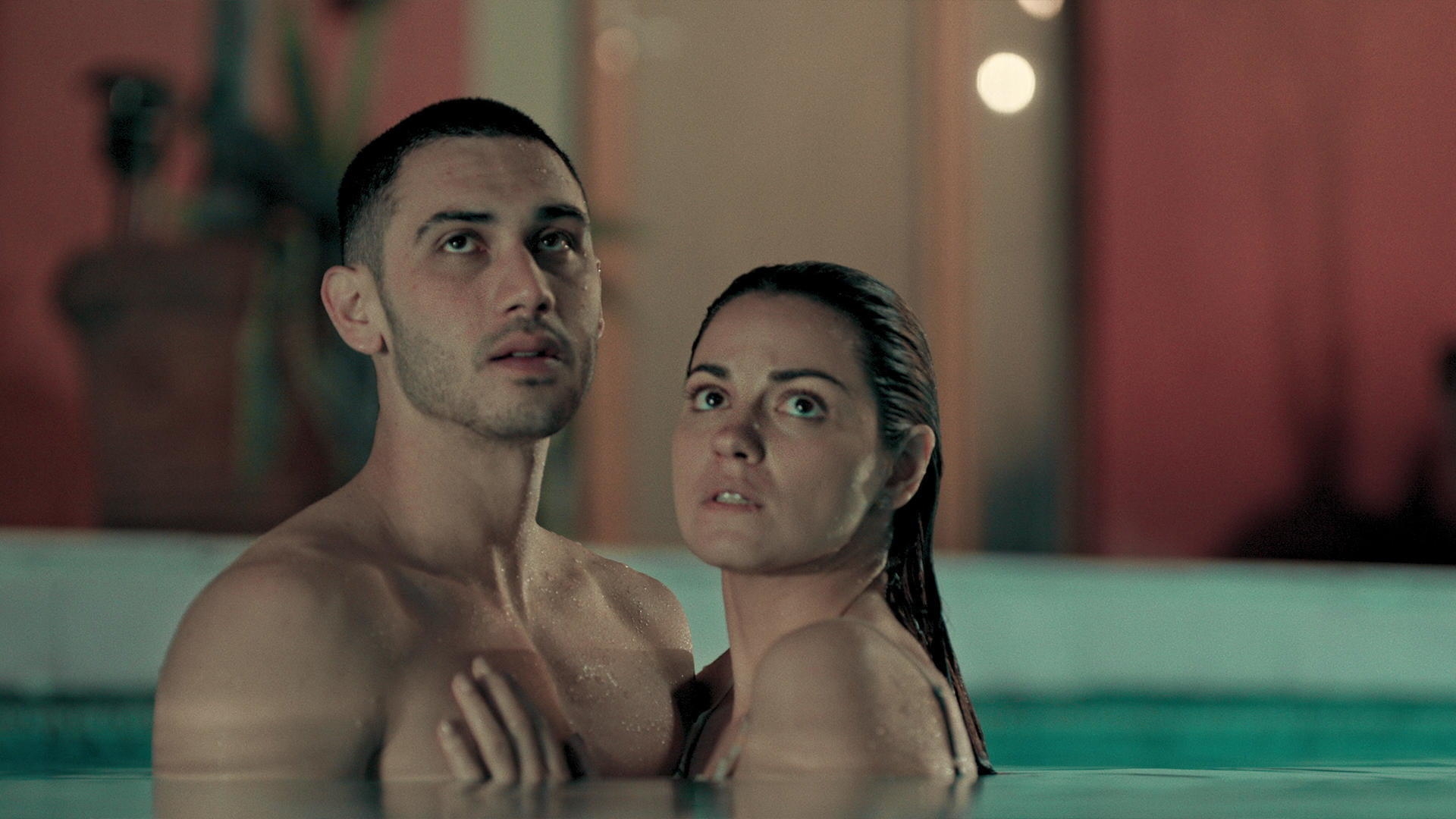 Alma Solares finds herself handcuffed by fate, after she indulges in a night of debauchery at her best friend Brenda Castillo’s place. One thing leads to the other, and her life gets shrouded in a murder mystery ploy – of her best friend, Brenda Castillo – that unravels the ghastly sides of the men closest to her.

Professor and lawyer, Alma Solares isn’t hallucinating. Those niggling fears about Leonardo – her husband of 20 years and a dodgy judge in town – cheating behind her back with Edith, his nubile secretary, is true. A warped conversation that she overhears compounds her doubts. She decides to spend the weekend away from home. While she assumes things have gotten worse in her insipid marriage, it’s perhaps only the beginning.

Alma drives to Castillo’s place, her best friend of over thirty years. The women discuss their sad realities – Brenda is freshly divorced and mildly bitter but sexually active, and advises Alma of letting loose a bit – and look at life from a more exciting lens. Enters Dario Guerra. Enters the steamiest sex that Alma has ever had in a long time.

While Alma heeds her best friend’s advice and acts on an impulse, it only opens doors to a lifetime of miseries. Brenda’s dialogue – “It’s just sex” echoes throughout the show, and is a lot relevant than mere advice.

Alma, the otherwise family woman, soon realizes the dalliance could bear murky repercussions and pulls the plug. She pushes Dario away on multiple occasions, only to see her life getting intertwined with him, so much so, he develops a fatal obsession with her – and enrolls into her classes in pursuit of the raunchy secret affair they once had. Alma finds herself drawn to Dario, and the toxic sex plays out over and over again until things take an untoward turn.

But, for the better or worse, something that started off as a one-night stand spirals out of control. Things get murkier when Brenda is found lying in a pool of blood in her bathtub under mysterious circumstances. As much as the news leaves distraught, it teaches Alma that there’s a lot more to her loved ones than she first imagined. Everything—Brenda’s suicide included— is connected. Turns out, even Dario’s entry into Alma’s life was planned.

So, what really led to Brenda’s death? Does Dario really die after defaulting on Esteban’s orders? Does Leonardo have a part to play in Brenda’s untimely demise? Did Brenda really sleep with Alma’s husband all through behind her back? What compelled her to pursue an illicit relationship with Esteban on the side? What did she really want?

Turns out, unrequited love has a large part to play.

True to its title, Dark Desire evokes a gamut of dark, (read uncomfortably intense) emotions all through. Yet, the show fails to hit the spot, despite the grueling action. Watch it if you’ve got a thing for heady erotic-murder dramas peppered with LOTS of tantalizing sex.

Watch out for a major power shift that will recast the ending in ways Esteban barely imagined. Hint: Guerra’s fortune changes the game.

Name of the series: Dark Desire