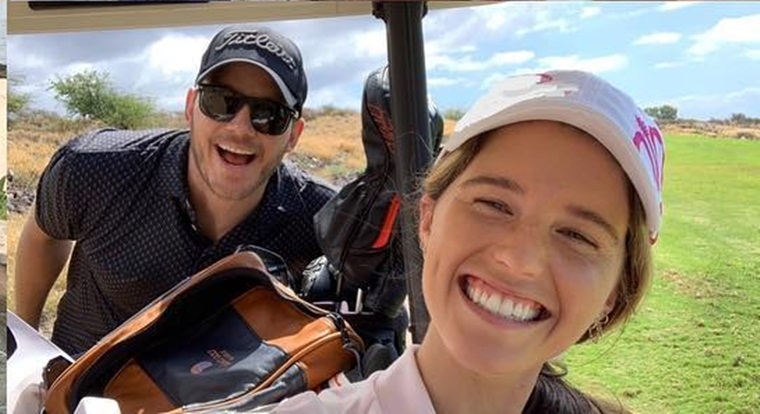 Actor Chris Pratt has come under fire after jokingly trolling wife Katherine Schwarzenegger over her cooking.

For those who came in late, Pratt had taken to his Instagram account on October 19 to show a burnt bagel bite made by his wife. While some people saw it as a joke and good humour, many others took aim at the Hollywood star for mocking the children's book author's cooking skills, reports aceshowbiz.com.

Proud of my darling for trying to cook tonight. Did it go well? No. No it did not. Not at all. To quote Rocky Balboa, “It’s not how many times you get knocked down, it’s how many times you get up... and keep moving forward.” As you can tell from the lump of coal in the center of the plate, this bagel bite never stood a chance. I honestly simply cannot imagine what went wrong here. Pretty simple. Microwave. 2 minutes. Maybe she thought it said 2 hours. But I want to commend her for her effort. This is a big step babe. Proud of you.

Over the past few days, though, criticism against Pratt has grown, with some people accusing the actor of being sexist.

A user wrote on social media: "Ladies, this is the kind of posts that happen when you marry a misogynist. @prattprattpratt May hide it pretty well, but the misogyny rings loud and clear through the sarcasm... may think you're trying to be funny at her expense. Real comedy is not made at the expense of others."

Agreeing with the first commenter, another said: "I completely agree with you. He's condescending. Of course she goes along with it because deep down she knows she's replaceable. This guy plays on her insecurity."

A user wrote: "Does it normally go well for you when you publicly shame your wife?" Someone else added, "Comedy shows are usually funny. Sorry but his post isn't."

Many, however, have come in Pratt's defence in these past few days.

"Pretty sure this is just funny married humor, but feel free to waaaaaaay over think it and put your agenda all over it really you are thinking way too deeply in to this," one reacted to the negative comments.

Another said: "people are so sensitive these days. It's ridiculous. He is simply teasing his wife in a loving way. He is allowed to do that."

She replied to her husband's post in the comments section: "Looks like my plan to just have you do the cooking is working out very well." Chris Pratt, Katherine Schwarzenegger off to Hawaii for honeymoon