Only two songs are left to be filmed
Cinema Journal Desk 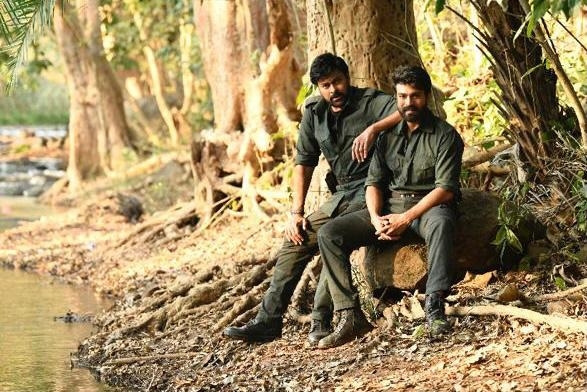 The talkie portions of Chiranjeevi and Ram Charan’s most-awaited film, Acharya, has been wrapped up, with only two songs left to be filmed. The movie marks the father-son duo working together for the first time in full-fledged roles. The news of the wrap was tweeted by trade analyst Taran Adarsh. Acharya is directed by Koratala Siva and produced by Ram Charan’s Konidela Production Company and Matinee Entertainments. The movie also features Pooja Hedge, Sonu Sood and Kajal Agarwal in pivotal roles.

Earlier in May during the second Covid wave, Chiranjeevi and his son Ram Charan launched 'oxygen banks’ across Andhra Pradesh and Telangana. He had also launched a COVID-19 vaccination drive for members of the Telugu film fraternity. In association with Corona Crisis Charity (CCC), the star had announced that artistes and journalists associated with the Telugu film industry, who are above 45, will be given free COVID-19 vaccination.