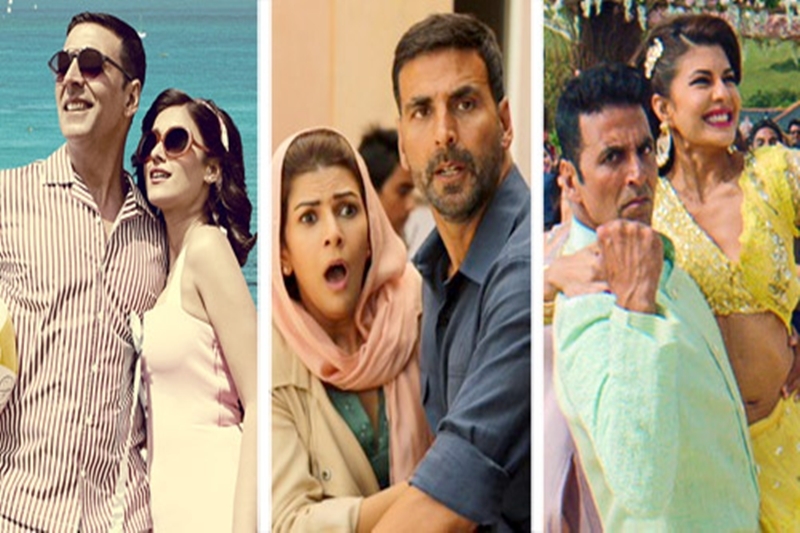 After completing a trilogy of 100 crore-plus grossers with Rustom (after Airlift and Housefull 3), Akshay Kumar becomes the only star to have got a hat- trick of such movies in (less than a) single calendar year. Otherwise, within 12 months (a year), Salman Khan has achieved this feat twice, with Dabangg, Ready and Bodyguard between September 2010 and August 2011, and with Bajrangi Bhaijaan, Prem Ratan Dhan Payo and Sultan between August 2015 and July 2016.

Salman Khan now holds the record for not just the maximum 100 crore grossing films but also the highest consecutive score of hits among any actor in Hindi cinema. His last 11 films in the lead have all fallen into this category, with not a single flop since Veer in early 2010. Two of these films, Bajrangi… and Sultan rank among the three highest-grossing Hindi films of all time globally (along with Aamir Khan’s PK, with Anushka Sharma being common to that film and Sultan). And these two films along with Prem Ratan Dhan Payo and Kick are his 4 consecutive 200-crore-plus grossing movies—another record.

Aamir Khan, whose last nine films (in the lead again) since the 2006 Rang De Basanti have all made tiny (Dhobi Ghat) to big (PK) profits, has scored an unusual distinction: he has started the 100 crore grossing club with Ghajini (2008), given the second consecutive Rs. 100 crore film (3 Idiots) which was also the first 200-crore grossing movie, and again starred in the first film to cross the 300 crore mark with PK. Let us wait and watch if the first Rs. 400 crore Hindi film also awaits him!

For the Record
Records are meant to be set and then broken and reset. Hindi cinema was not always about Rs. 100 crore-grossing films (which include those films whose costing crossed Rs. 100 crore and were technically losers or break-even propositions despite the volume of Indian nett box-office business done) but was earlier about Silver Jubilees (those that ran for 25 weeks at least in one theatre in the country, preferably in regular shows, not just matinees), Golden Jubilees (50 weeks, ditto) and hits and blockbusters. The meeting-point of the two eras was 3 Idiots (2009), which netted over 200 crore in India and was also the last Golden Jubilee. 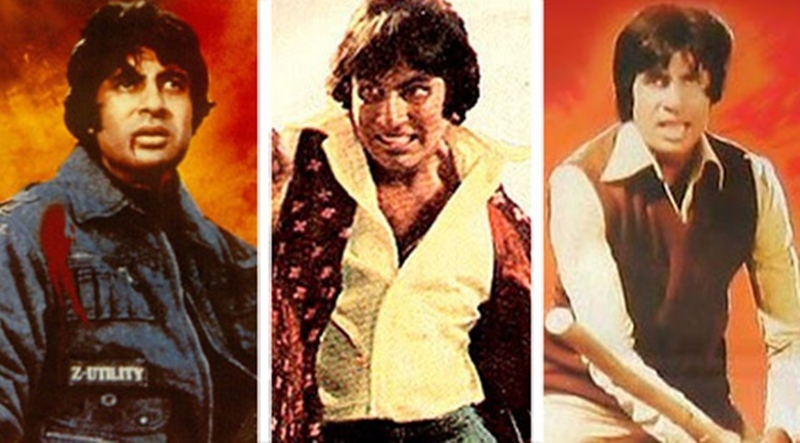 Amitabh Bachchan
In 1978, Amitabh Bachchan annexed all the four biggest hits of that year (in those days, hits were listed and graded according to the ratio of the return of investment on them, not just theatrical earnings, as there was no other source of revenue until they were shown on television a year or two later)— Muqaddar Ka Sikander, Don, Trishul and Kasme Vaade, in that order. Between Zanjeer (1973) and Mard in 1985, he had twenty 50-week runners, of which Sholay, the greatest hit in the history of Indian cinema ran for 250 weeks (150 in regular shows), Roti Kapada Aur Makaan, Deewaar and Trishul ran for 100 weeks and Amar Akbar Anthony for 75 weeks! There was a minimum one Golden Jubilee every year for him in this phase!

Hema Malini
For two consecutive years, Hema Malini never had a flop! Between 1974 and 1975, she had a dozen lead releases, and 11 were Silver Jubilee hits and one (Dulhan) did average business. The blockbusters among them were Dost, Amir Garib, Haath Ki Safai, Premnagar, Pratiggya, Sanyasi and Sholay.

Madhuri Dixit-Nene
Madhuri Dixit-Nene now has the highest score of mega-hits since she struck it big with (and including) the biggest hit of 1988, Tezaab. Since then, she starred in the biggest hits of 1990 (Dil), 1991(Saajan), 1992 (Beta) thus becoming the only star, male or female, to have the greatest hits in 3 consecutive years in those days, and 1994 (Hum Aapke Hain Koun! …). In 5 of the 15 years of her peak stardom, she had the greatest hits of that year!

Rishi Kapoor
The sole survivor of the Amitabh and star-sons onslaught for two decades, he had 12 Golden Jubilees between 1973 and 1992, a score next only to Amitabh’s. Seven of these were either as solo lead (Bobby, Sargam, Prem Rog, Nagina, Bol Radha Bol) or as the more popular / senior hero (Hum Kisise Kum Naheen, Deewana). The solo lead factor was even higher than Bachchan’s score!

Manmohan Desai
Manmohan Deasi never directed a single flop between Aa Gale Lag Jaa in 1973 and Mard in 1985 as a director. He thus directed 12 successful movies in a row, with Desh Premee being the only average grosser among them. The films, other than the four mentioned below, were Roti, Suhaag, Naseeb and Coolie.

Manmohan Desai also annexed four of the five biggest money-spinners of 1977, in order of success, Amar Akbar Anthony, Dharam-Veer, Parvarish and Chacha Bhatija! The third highest position was held by Nasir Husain’s Hum Kisise Kum Naheen! What’s more, all the four films were lost-and-found dramas co-written by Prayag Raj, were edited by Kamalakar, had music by Laxmikant-Pyarelal and four common playback singers—Lata Mangeshkar, Mohammed Rafi, Kishore Kumar and Asha Bhosle! Each of these films had a hit male-bonding song. Three of the films starred Neetu Singh as one of the heroines, Jeevan as one of the villains and were co-written by Kader Khan. Anand Bakshi wrote lyrics for three of the films!

Yash Chopra
Yash Chopra remains the only director to work with a two-hero male combination in as many as 5 films—Shashi Kapoor and Amitabh Bachchan worked in his Deewaar, Kabhi Kabhie, Trishul, Kaala Patthar and Silsila.

Nasir Husain
Between his debut film Tumsa Nahin Dekha in 1957 to Hum Kisise Kum Naheen 20 years later, Nasir Husain also never directed a film that lost money. Dil Deke Dekho, Jab Pyar Kisise Hota Hai, Phir Wohi Dil Laya Hoon, Baharon Ke Sapne, Pyar Ka Mausam, Caravan and Yaadon Ki Baaraat were his other films. In this span, he also produced the successful Teesri Manzil. After the 1973 Yaadon Ki Baraat, he had said in an interview, “Wait! I will give you a flop!” That happened only in 1982 with Zamaane Ko Dikhaana Hai !

Nadeem-Shravan scored music for 11 Golden Jubilees within 1990 to 1997. This was the highest score in the 1990s. Big and small, they won 13 awards for their music in Aashiqui!

Anand Bakshi and Sameer led many records through their associations with L-P and N-S respectively.

Rajkumar Hirani, after four films, has yet to give a plain hit. All his directorials (Munna Bhai MBBS, Lage Raho Munna Bhai, 3 Idiots, PK) have been blockbusters.