Taapsee Pannu has carved her own niche being an outsider in pan-India films but what about reinventing herself now? With 21 Hindi films down and now Blurr — based on a 2010 Spanish film Julia’s Eyes by Guillem Morales, she in a way has projected herself as an actress who kind of took the baton ahead of female-oriented films after Kangana Ranaut and Vidya Balan. Pink (2016) being the major highlight of her career so far, Taapsee has forced the audiences to believe that she is a very one-tone actor and only prefers lookalike roles. Just being a poster girl all the time doesn’t really solve the purpose of being an acclaimed actor.

Gautami (Taapsee), a blind girl commits suicide for the reasons best known to her. Her twin sister Gayatri (Taapsee) and husband Neel (Gulshan Devaiah) decide to unravel the truth only to find that it was a purposeless murder.

The core problem with Ajay Bahl’s film is the plotline (keeping the original screenplay aside). A blind girl staying up in the mountains in a huge bungalow all by herself? The whole film from start to end is about nights and Taapsee seeing someone constantly in the house, Ajay clearly seemed disinterested in taking his story ahead through pleasant mornings. The whole idea is to create fear and screams, but it is all in vain.

Ajay, who helmed B.A. Pass (2012) and Section 375 (2019) in the past, tries his hands at the thriller-psychological horror genre for the first time. Blurr is nothing but a meaningless film that just fulfils the criteria of a bonafide digital release. Ajay has introduced the ensemble cast just to create unnecessary drama and then, they call it ‘an evolved dark film’.

Taapsee is prolifically Taapsee — who doesn’t even bother about playing her characters Gautami and Gayatri! Gulshan does justice to his role as an unfaithful husband. Abhilash Thapliyal is a surprise but again, his character has no arc, no background story, absolutely nothing. Gautami’s neighbour is Abhilash’s mother who is seen petting a black cat throughout and feeding her food. A spooky-looking father and daughter are insignificant. 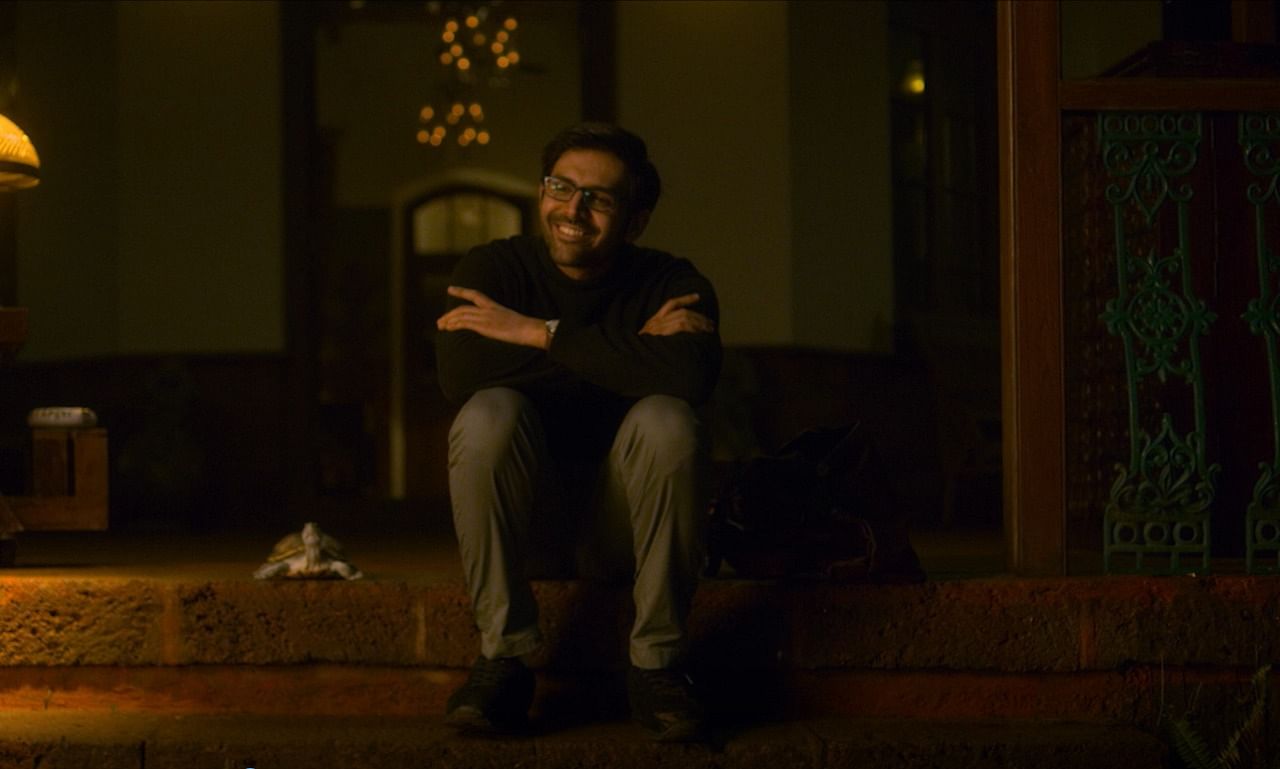 Blurr tries too hard to find its identity from the beginning but Taapsee’s mundane performance and the running around the bush narrative make it a boring film. Once the movie ends (it feels like one has seen something for a whole day), the mind resonates only with the title of the movie.