He built a fascinating set that had some really eye-catching props to look out for, one of which was the confession box

Sandeep Ravade, who is known for designing sets for films like Yeh Jawaani Hai Deewani, PK and Baby amongst many others, is currently garnering attention for his work in R. Balki’s Chup: Revenge of The Artist. It is his exceptional skills that added even more life in Chup… giving it a more realistic feel. Sandeep built a fascinating set that had some really eye-catching props to look out for, one of which was the confession box. 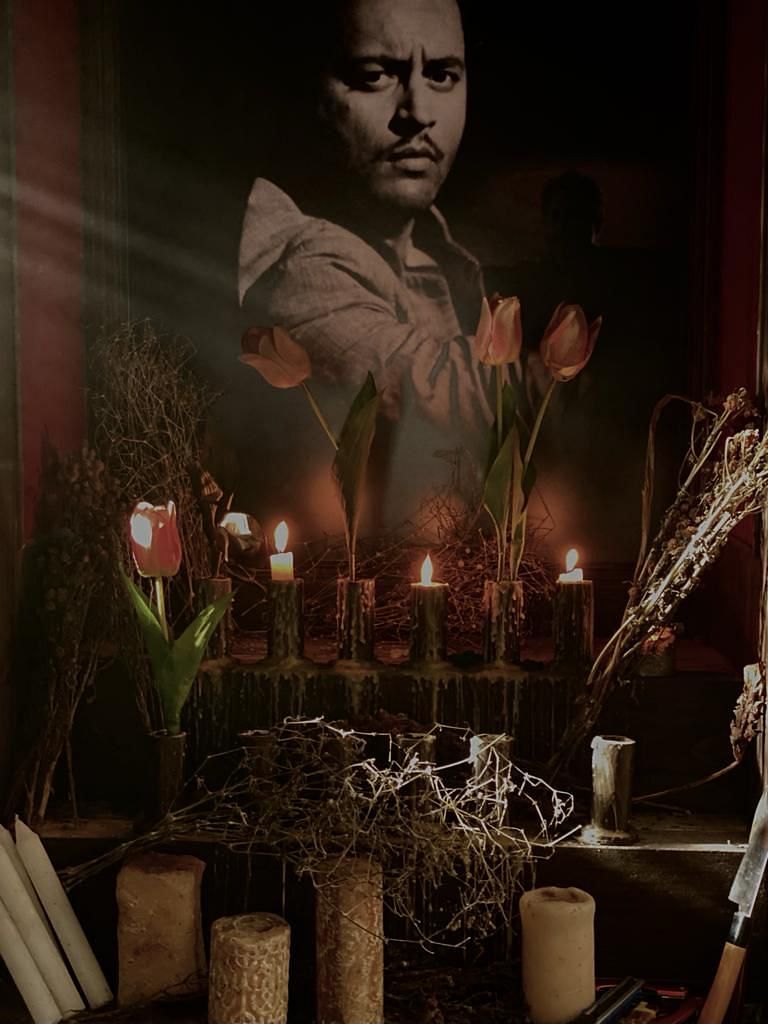 The confession box in Chup |

Talking more about the idea behind it, Sandeep shares, “There was a lot of debate and discussion on the basement set because first time we were going to show Guru Datt sahab in a poster. Danny (Dulquer Salmaan) is an artist, so what will be his point of view towards the poster that was one of our biggest challenges. Guru Dutt sahab which Danny used to worship and after murders he used to offer all the flowers, tulips as critics ratings in front of him. So, I decided for a one week script which we can go through and decide our approach because it should look like a very dramatic space and not a simple basement which has one big poster there.”

He adds, “I got an idea of having a confession box of church because he is Catholic. And then we put a confession box, above which Danny could place the poster of Guru Dutt with candles and worship him there. So, all these little things from the confession box, to the light coming from a small opening which gave it a very dramatic feel just like R. Balki sir wanted and even our DOP loved this idea, they were really happy with this thought and thats how we made a confession box in its real size as its seen in any church when we go to a father to confess and that same concept we brought to Danny’s basement where he would sit in front of Guru Dutt’s poster and do all of his confessions regarding his murders.”