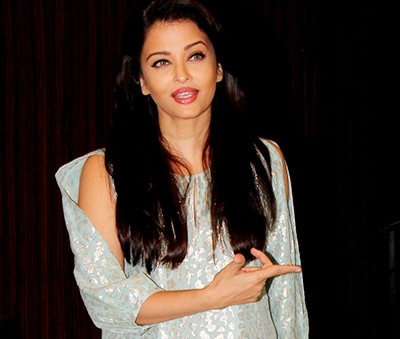 In an interview recently Aishwarya Rai Bachchan finally opened up about a kiss that happened eons ago, stating there is a good chance it won’t be happening again for her even as she commences shooting for her comeback film ‘Jazbaa’.

The actresses stated, “It was during the time that the interest from the western world, Hollywood, European cinema in me and the possibility of me working overseas was being discussed, and I had already declined a couple of scripts purely on the basis of not being comfortable with the very physical scenes, kissing scenes etc… I had not done that onscreen and I was quite sure that my audience won’t be very comfortable with me doing it onscreen. Personally, I was quite convinced that my fans won’t appreciate it but I still said ok if I have to go down this path, let me first do it in our cinema and see if all my doubts were true. And they were.”

Reminiscing those times, the gorgeous mumma said, “I did it once that prominently in ‘Dhoom 2’, and it was so tropical that you will be surprised I got some legal notices from some people in our country saying, ‘You are iconic, you are an example to our girls, you have lead your life in such an exemplary manner, we are not comfortable with you doing this onscreen, why did you?’ I was like wow! It’s just a kiss, I did as an actor doing my job and here I have been asked an explanation for a couple of seconds in two-three hours of cinema.

“A lot of actors had kissed before that in Hindi films, they continue to till this very minute, but PDA is not very common in our Indian culture and even our actors …its very rare that actors look comfortable in our cinema kissing, it is almost like it is a planned moment, just to excite the adudience, it is made out to be a separate entity from a scene. It is not very comfortable…” sealing any questions with a smile that said, she has cleared her doubts and for her there surely will not be any PDA onscreen! Alas!