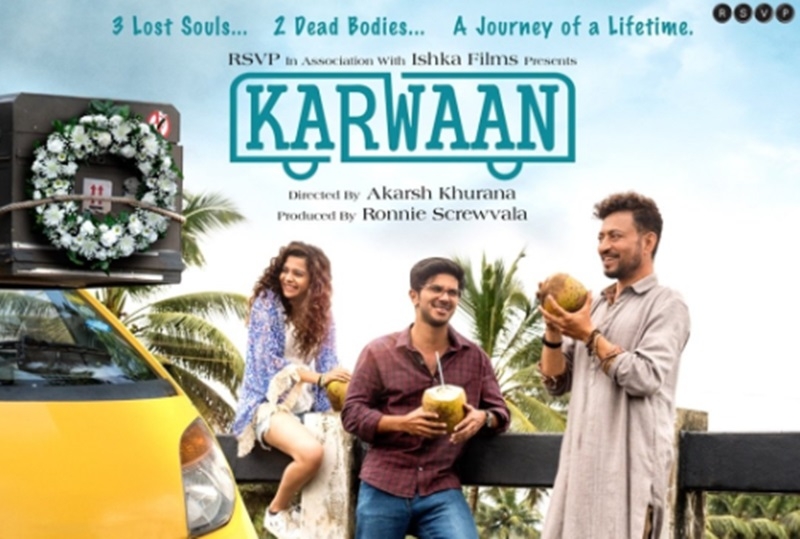 Irrfan Khan who has been fighting for his health for some time took to social media after a gap of two months to share the poster of his upcoming film Karwaan. Directed by Akarsh Khurana and produced by Ronnie Screwvala, the film also stars Dulquer Salmaan and Mithila Palkar in important roles.

The film is reported to revolve around the lives of 3 people from different walks of life wherein the universe puts them together in one pit and they set off on a bizarre journey together.

The central idea of the story is to focus on the normalcy around the lives of these protagonists.

Karwaan also marks the Bollywood debut of famous Malayalam actor Dulquer Salmaan, who is best known for his appearances in films OK Kanmani and Charlie. Mithila Palkar, who is best known for her Marathi performances and her popular web-series Little Things alongside Dhruv Sehgal, is also one of the leads in this film. It is also the directorial debut of Akash Khurana.