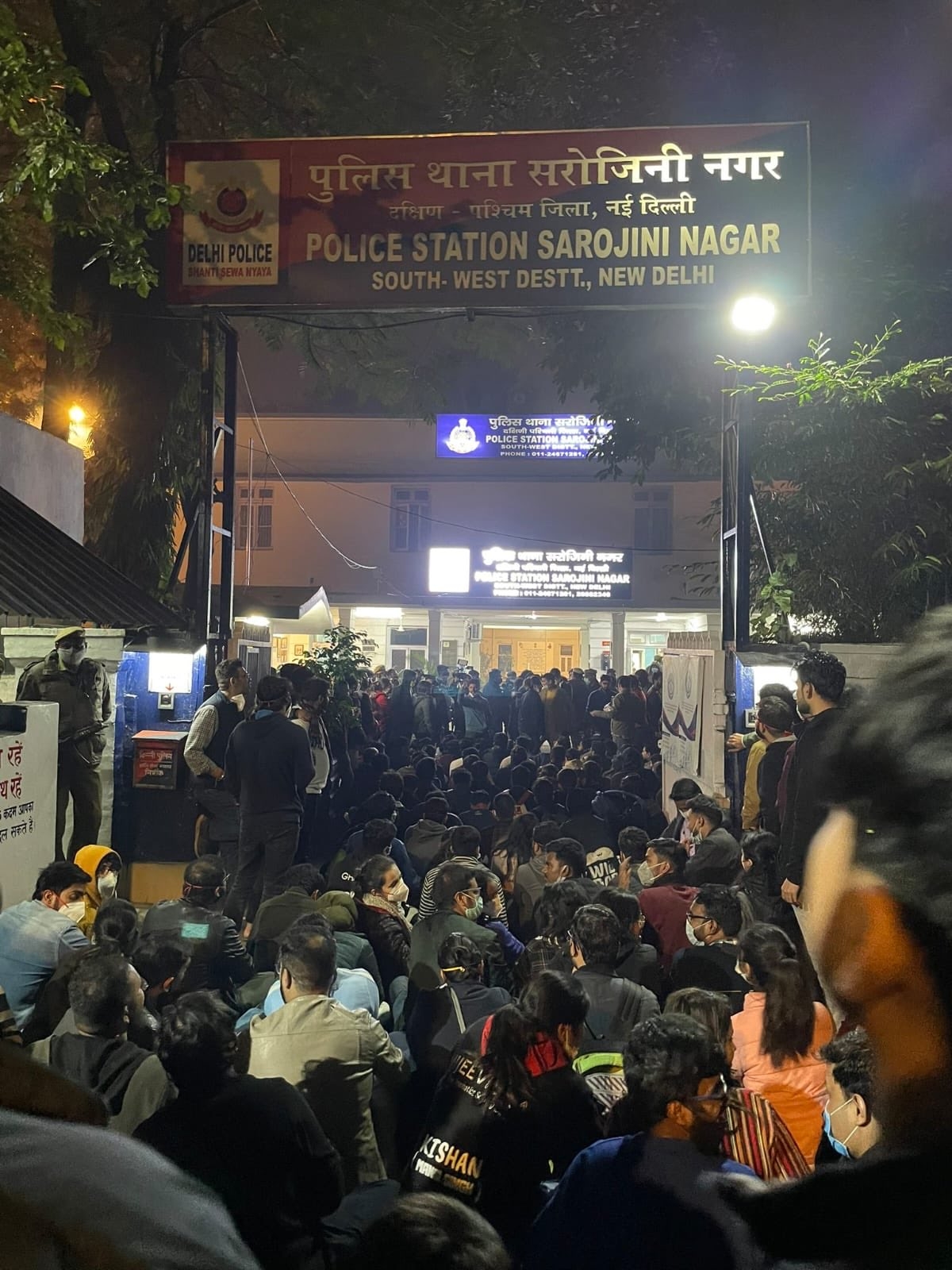 New Delhi: Federation of All India Medical Association (FAIMA) has called for a complete withdrawal from all healthcare services across the country from 8 am on December 29 “in protest against brute force by Delhi Police against doctors.”

In a statement, the FAIMA said that resident doctors were protesting peacefully and alleged that female doctors were brutally thrashed and lathi charged by male police personnel during the demonstration.

“This is to inform that the medical fraternity stands absolutely shocked at the sheer display of unprovoked brute force by Delhi police on our colleague who have been peacefully protesting in Delhi and many other states since the last month, with their genuine demand for the immediate declaration of NEET PG 2021 counselling schedule. However the lathi charge on our resident doctors and manhandling of many female residents by the male police personnel during their peaceful demonstration is a pathetic display of the shameless attitude of the authorities, who we could believe would stoop so low,” it said in a statement.

Meanwhile, Federation of Resident Doctors' Association (FORDA) has called for a complete shutdown of all healthcare institutions starting Monday after doctors were detained by the Delhi Police during the protest march.

Thousands of #Doctors from different Hospitals of the country have gathered. In #SafdarjungHospital of #Delhi

Doctors who should have been coming in July 2021, are not there in Dec. 2021 there is no clue when the neet pg counselling going to happen. No notice. 6 mnths past doctors are working with a 33% strength? Serving the nation is their crime ? @MamcRda #neetpg2021counselling pic.twitter.com/LvWZztksoh

Calling it a "black day" for the medical fraternity, many women doctors alleged that they were manhandled during their march in the day that culminated in an intense face-off with the police and a vigil well into the chilly December night.

The FORDA, which has been spearheading the protest for a month now, said 4,000 of its members ended a sit-in at the Sarojini Nagar police station around midnight on Monday to adhere to the coronavirus night curfew. They said they had been stopped from marching towards the Health Ministry's offices earlier in the day.

The AIIMS Resident Doctors' Association has come out in support of FORDA, saying it shall shut down all non-emergency services on Wednesday if no adequate response is received from the government within 24 hours.

What else you can expect from this government and administration. #Doctors have some genuine demands, but see what are they getting in return.
-@FordaIndia#neetpg2021counselling#NEET #neetcounselling #NeetPGcounselling2021 #NEETUG pic.twitter.com/9oEL4MtEgQ