The government of Gehlot, Jaipur decides to change the uniform colour in public schools.
PTI 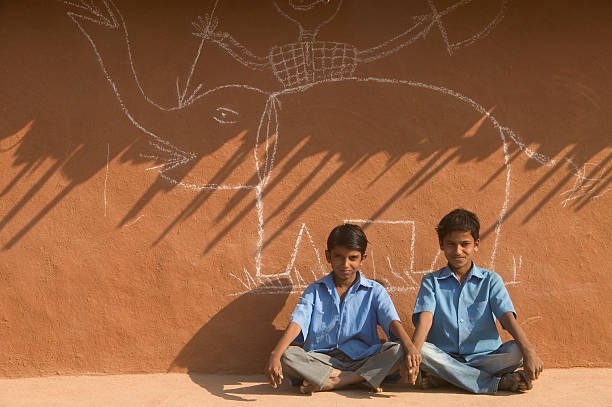 Rajasthan's decision to change the color of its uniform has sparked a controversy, with the opposition BJP calling it a move to please the Congress leadership. In 2017, the earlier BJP government led by Vasundhara Raje had changed the uniform colors to brown shades.

The Congress back then had alleged these colors resembled the Rashtriya Swayamsevak Sangh's uniform. Nearly three years after coming to power in December 2018, the Ashok Gehlot-led Congress government has now issued orders to revise the colors from the next academic year.

Former education minister Vasudev Devnani said the previous government had changed the school uniform color to give a new look and a proud experience. He added that the change was introduced after discussions with students and teachers.

Calling the Gehlot government's decision "very shameful" he said it was to please the party high command. The decision will put a financial burden on 98 lakh parents, Devnani pointed out. "There is no rule of law in the state. Serious crimes are being committed against girls in government schools, and the level of education is deteriorating. But, the attention of the government is maliciously focused only on the change of color of the cycle, uniform, and curriculum," he said.

Devnani also alleged that enrollment in government schools was declining. Another BJP leader, who did not wish to be named, said that the Congress government's decision was illogical and that it would further burden the parents who are reeling under financial distress due to COVID-19. Rejecting the BJP's allegations, School Education Minister, BD Kalla said the change should not be seen in a political light.

He said that the process of changing the uniform was approved by his predecessor Govind Singh Dotasra. "There is nothing political. It is the BJP which always works on an agenda," he said. Dotasra, also the Congress chief, said the decision to change the school uniform was taken on the recommendation of a six-member committee.