India's national tricolour came to the rescue of not only the stranded Indians but also those from Pakistan and Turkey to cross into the neighbouring countries of Ukraine.

According to Indian students who arrived in the city of Bucharest in Romania from Ukraine said that the national tricolour helped them as well as some Pakistani and Turkish students in safely crossing the various checkpoints in the war-torn country. The Indian students arrived in the Romanian city to board the special evacuation flights being operated under 'Operation Ganga' from the neighbouring countries of Ukraine. Air India, SpiceJet and Indigo are flying special evacuation flights.

"We were told in Ukraine that being Indians and carrying Indian flag, we won't have any problems," said a medical student who arrived from Odesa in Southern Ukraine.

The students narrated how they bought spray paints from the markets to prepare Indian flags.

"I ran to the market, bought some colour sprays and a curtain. I then cut the curtain and spray-painted it to make the Indian tricolour," said a student.

They added that even some Pakistani and Turkish students passed checkpoints using the Indian flag.

The students from Odessa moved from Molodova to Romania.
"We booked the bus from Odesa and came to the Molodova border. The Moldovan citizens were very nice. They provided us with free accommodation and taxis and buses to get to Romania," a student said. Further adding that they did not face much problem in Molodova as the Indian embassy had already made the arrangements.

The students also expressed their gratitude to the Indian embassy officials who arranged for their food and shelter as they awaited their flights back to India.

"When a student is arriving here, he's first taken to a proper shelter and provided with food while the registration takes place while dates on which they will be evacuated are finalised," the student said.
Earlier on Monday, the Indian government deputed four Union Cabinet ministers to the neighbouring countries of Ukraine to coordinate the evacuation efforts following a high-level meeting chaired by Prime Minister Narendra Modi. 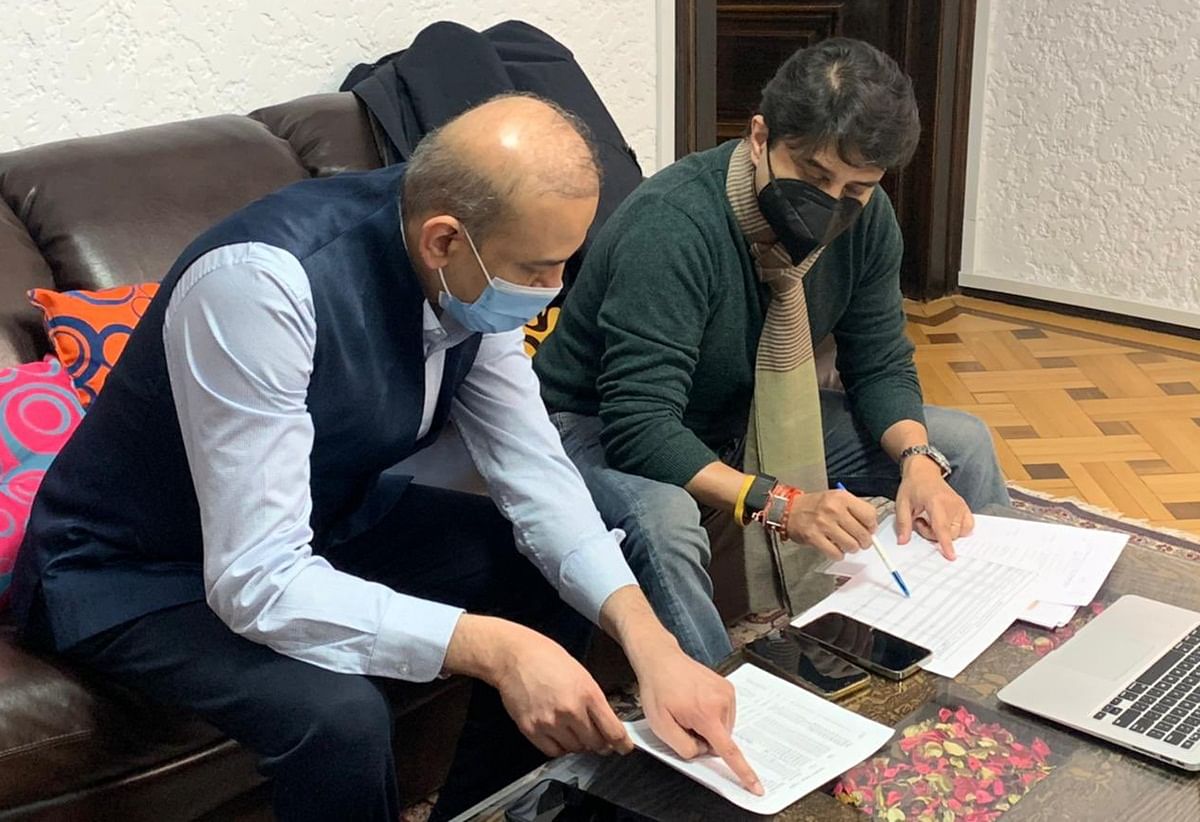