‘I am an accidental engineer who learned more outside the classroom than within’: Kounal Gupta, Founder & CEO of Henry Harvin Education

Is it true that even in school you wanted to become an entrepreneur?

I used to study during my board exams as if I was running five companies. The five companies were SST, English, Hindi, Maths, and Science. I always wanted to be an entrepreneur. I remember my brother and I used to talk about shares when we were kids. My company ‘X’, his company ‘Y’. We would give each other that many shares to get the work done. Entrepreneurship has always been a dream and passion for me.

But did you even know the spelling of entrepreneurship at that young age?

I guess it was there in the family. We were born and brought up with a mindset of business, and the struggles and opportunities I saw. I would say the crazy life of an entrepreneur excited me.

Tell us about your academic pursuits?

I was in DPS Vasant Kunj and I graduated from Delhi College of Engineering. I had cleared my entrance exams at DTU (Delhi Technical University), as it's called now. Then I did an online MBA from Narsee Monjee. I have also been doing a lot of certificate courses to improve myself. I was a Science student. Surprisingly, I was never supposed to be one and then I accidentally took Engineering, that too Industrial Engineering. That itself has an interesting story behind it.

Is it the typical path of an engineer, then MBA and then finally entrepreneurship?

Absolutely! I started the business during my third year of engineering and then did MBA. I started my business in 2013.

Why did you do MBA then?

The purpose of doing an MBA was to learn business skills, which may be bookish knowledge but the methodological way of learning through MBA is what I sought. That helped me because at night I used to study and in the morning I would implement. This went on for two years.

Was this your first job?

Did you always want to teach?

Read Also
'I started with failure and that was learning for life', says Aakash Chaudhry, Managing Director and... 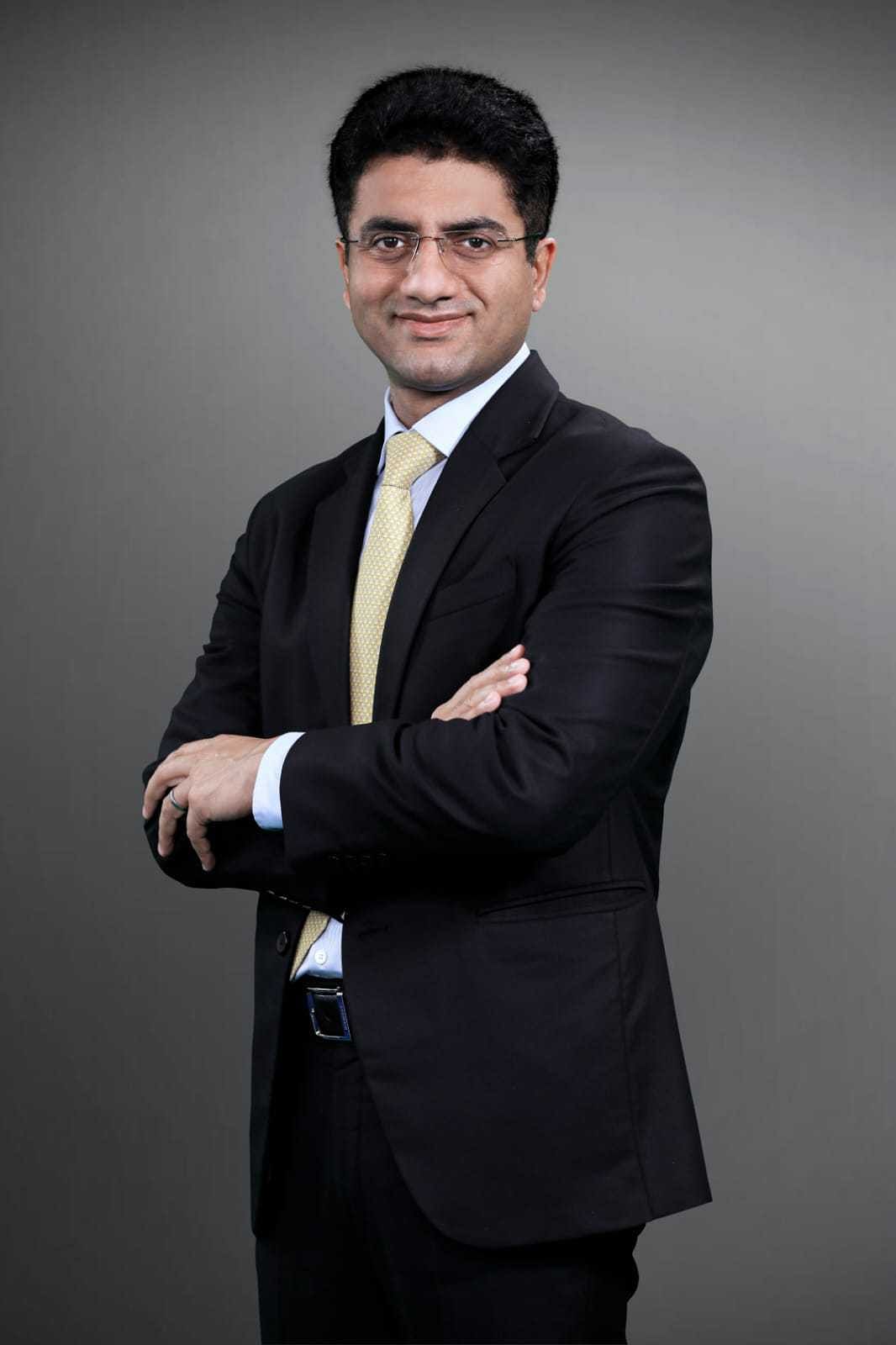 Hence you chose prep as a profession?

Yes, it all happened during my college days. I got into Industrial Engineering, I would say by chance, it was not pre-decided it was chance. I took Industrial Engineering, however, I did not like the syllabus because I opted for industrial management topics and it happened to be Mechanical Engineering. I had searched on Google and it showed the curriculum of some US universities. The subjects that I enrolled for were electives that too in the last semester. I could not leave the college because it was way too prestigious for me to leave. Nevertheless, I fulfilled my passion for learning the subjects of my interest through training outside. So, I trained myself outside of the classroom and in the third year, my friend asked me how I managed to gather such amazing training and certifications.

How does your company stand apart from the rest?

It is a competitive market now. Edtech started in 2013 and was not that popular. People not even called it online education but a ‘training industry’ — that was the popular term. Edtech is a relatively recent term. Those days it wasn’t competitive but gradually when more players entered, competitive factors had to be added. And the competitiveness is good right now. We offer a bouquet of programmes where career development and competency development is given equal weightage. We provide several free courses, free training and also courses which can be availed of only at the cost of Rs 300 to Rs 400. Do you think Covid hastened the entire Edtech?

Definitely, because the kind of predictions for 2024-2025 happened in 2021-22 itself. So, I would say it accelerated. I cannot say that it created new directions as this direction was predicted but it accelerated by three-four years.

Did rural India benefit at all from the Edtech surge?

The advent of major internet providers focused on an audience which was there in the rural market and along with giving free internet on railway stations and different public places, these initiatives helped in internet penetrations in all sectors. Yes, urban areas have been there predominantly but I cannot say that rural areas have not been contributing to the numbers because the internet has penetrated in the rural areas not that much but yes it has in some ways. And it is one of the fastest growing. Urban is at a saturation point, maybe rural is more of a market which Edtech and other companies may be looking at.

Is vernacular the way ahead?

Definitely, you can also see that Google has also been propagating the focus on local languages. Vernacular is going to have its way forward. Especially the rural market that we were talking about. The major reason that prevents the non-Hindi rural segment from penetrating is the language barrier for us because some courses are delivered in Hindi as well. But I would say the courses, which we are delivering majorly in English, or maybe 90% batches that we are delivering are all in English. So, people in the South, for example, who know English are then able to get connected. But some who are clear that I want in my local language that market can only be tapped if the content is in vernacular languages and the delivery of the content the teachers are also from the vernacularly homogeneous background. 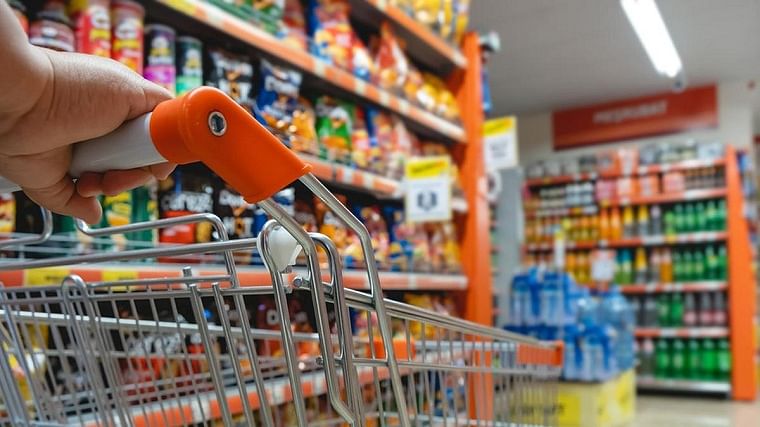 Any exciting trends in the space now?

Talking from the point of view of upscaling and rescaling, it is now overlapping with other sectors/ language training. Even higher education, MBAs, there are also mini MBAs and capsule versions of the MBAs, Junior MBAs. Now the focus is on result orientation and not only deliverables. Online education is the new normal. Hence, companies are now looking at result deliverables to compete. Earlier, coaching institutes competed with each other physically and spoke about ranks and job-orientated institutes talked about how they secured jobs, now that has changed to the online space.

How do you manage your tech support?

What’s latest — Bots are done, VR is a not so novel?

Robotics was a small thing earlier but it is now big. We also have online robots that are called RPA — Robotics Process Automation. Every technology has its utility. It is also about finding how technology can solve a problem and how you can use it. Check with those using Artificial Intelligence Markup Language (AIML) and ask whether they know its application. Some are using it only for the sake of marketing but may not be using it for proper purposes. I would say Robotics, Blockchain and AIML are the focus. We have different technologies emerging too, Deep Learning for instance. How do you keep your workforce excited?

Is Edtech a bubble that will burst anytime soon?

I don’t agree. Edtech is for everybody — for the seven billion out there from age four plus to someone who is 70-80 years old. And penetration is not even 10-20% — Indian penetration is a long journey.

Hasn't Edtech robbed the nobility of the teaching profession?

There's been an exponential rise in the number of teachers in the last two-three years. The number is way higher than before the advent of this industry. Also, remember, teachers have always been complaining about low pay scale and low earnings — this industry has changed that. I have heard that schools and colleges are raising salaries of teachers so that they do not leave. In schools, teachers also do a lot of administrative work but in the Edtech industry, they have to only teach. Also, in this industry, teachers do not have to personally go to schools, they can function from their space and they don't have to spend time commuting to work.

Yes, they are earning more and also saving time. I would say that teaching as a profession has gained more respect and attraction. Teachers are part of different programmes in the Edtech space. Teachers who retired from school at the age of 50 are now teaching and doing some work. Even women on maternity breaks are also able to earn more after resuming teaching work, unlike what used to mostly happen before. It is all about perspective — either you look at this as a business or you see the overall benefits for the teacher community. None of the teachers faced payment issues during Covid times because there was work to do. 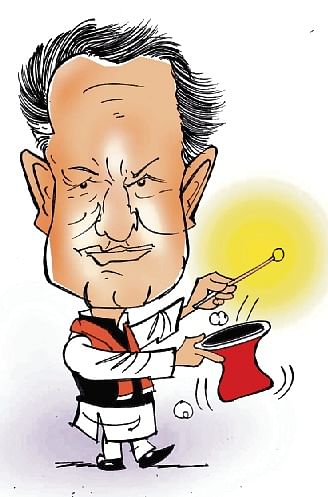 HomeEducation‘I am an accidental engineer who learned more outside the classroom than within’: Kounal Gupta, Founder & CEO of Henry Harvin Education