The parents also staged a protest demanding the arrest of principal S. Madhavi. Police also took her into custody and booked her under section 21 POCSO Act for negligence.

Hyderabad: The Telangana government on Friday derecognized a private school in Hyderabad where a four-year-old girl was sexually assaulted by the driver of the school's principal.

However, to ensure that the education of students studying at the school is not affected, the minister directed DEO to make arrangements to shift them to other recognized schools. She asked the DEO to take all necessary steps to allay the apprehensions of the parents.

The education minister also asked the officials to make sure that such incidents are not repeated. She said a committee would be constituted to recommend measures to the government to ensure the safety and security of the students in schools. 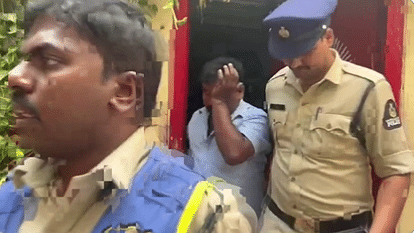 The committee, which will be headed by the education secretary, will submit its report to the government within a week. She said after the receipt of the report, the government would take appropriate measures for the protection of school children.

The minister's order came three days after the police arrested driver of the school's principal for sexually assaulting the LKG student. The principal was also arrested for negligence.

According to police Beemana Rajani Kumar (34) was arrested and sent to jail. He has been booked under section 376 A and B of the Indian Penal Code (IPC) and section 6 read with 5 (1) (m) of Protection of Children from Sexual Offences (POCSO) Act.

The incident came to light after the parents of the victim noticed behavioural changes in her.

When enquired, she told them that Rajani Kumar had been sexually assaulting her for last three months. He used to take her from the classroom to digital classroom. Sometime, the accused took her to a room inside the school, removed her clothes and sexually assaulted her.

Enraged on learning about the assault, the victim's parents and other relatives rushed to the school and beat up the driver. He was later arrested by the police.

The parents also staged a protest demanding the arrest of principal S. Madhavi. Police also took her into custody and booked her under section 21 POCSO Act for negligence.

Governor Tamilisai Soundararajan on Thursday sought a report from the state government on the incident. She was deeply distressed after going through various media reports about the incident.

The governor expressed her dismay and deep anguish over the incident and called for immediate action against the culprit who perpetrated the heinous crime. She has sought a detailed report on this incident from the government.