The minister of state for personnel stated that Prime Minister Narendra Modi has institutionalised the capacity-building mechanism for civil servants, who are the important instruments of governance.

New Delhi: The government has launched the national standards for civil service training institutions, which aims at elevating their quality and capacity, Union Minister Jitendra Singh said on Monday.

The minister of state for personnel stated that Prime Minister Narendra Modi has institutionalised the capacity-building mechanism for civil servants, who are the important instruments of governance.

Launching the National Standards for Civil Service Training Institutions (NSCSTI) at Capacity Building Commission (CBC) headquarters here, Singh said India became the first country in the world to come out with a unique model to create standards for civil service training institutions at national level and expressed hope that soon the country will be a global model in this regard.

The national standards are developed by the CBC to create a baseline for central training institutes on their current capacity, for elevating their quality and capacity of training delivery and to regularise standards for training, according to a Personnel Ministry statement.

The country is having standards and accreditation in higher education, healthcare and environment, but for the first time it became applicable for training institutions also, the statement said.

Web portal also initiated as part of the launch event

Referring to the Prime Minister's address at Kevadia, Gujarat during the 2nd edition of Aarambh' in October, 2020, wherein Modi referred to the importance of the training and its major role in developing the skill-set for achieving new goals, for adopting new approaches and new ways in the country, Singh said, the standards will equip central training institutions (CTIs) to help civil servants tackle emerging challenges of 21st century.

He added that training is one of the most significant tools for capacity building and we must ensure that our civil servants are trained based on their needs and have anytime-anywhere learning opportunities.

Singh said that CBC consulted various CTIs, academia, and global standard setting bodies in the development of the standards.

The minister said in post-pandemic world by leveraging technology, the world is moving towards a phygital way of learning - a mix of physical and digital.

In his concluding remarks, Singh said that training of officers and personnel requires to be constantly reviewed and upgraded in view of the fast pace of evolution in all spheres of life.

He said best global practices should be incorporated in training modules along with some incentives for excellence.

Singh also said there is a need to align individual and departmental priorities to the national aspirations and priorities. 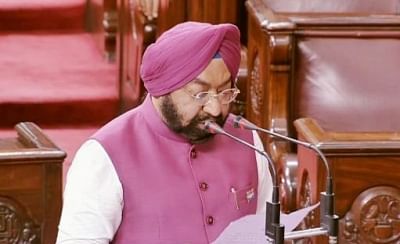