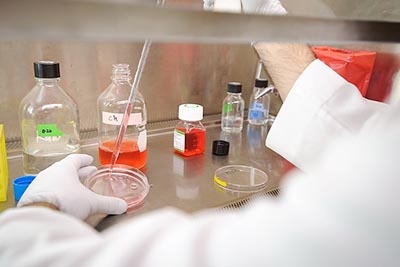 As the summit, today presented a wide introduction to research, technology, and open science, Mr. Dharmendra Pradhan, The Minister of Education in India, took a moment to share his views. "India has a strong research infrastructure and ecosystem. I would also highlight the internalization of the remains and the core of the new national education policy. The policy has made recommendations for permitting branch campuses of top international universities in India and for Indian Institutes to set up campuses abroad," he said.

Another prominent personality who spoke on the subject was H.E Mrs. Frederique Vidal, Minister of Higher Education, Science, Research and Innovation, Govt. Of France. She said, "In addition to an academic institution, French agencies such as CNRS, INRAe, Inria, Inserm, BpiFrance and other 25 private companies with a strong presence in India are playing a key role in our bilateral cooperation in the fields of science, technology, and innovation."

Among other topics like Artificial Intelligence, Marine Science, Health and Technology, the summit commenced with a crucial topic -' Open Science.’ Dr. Srini Kaveri, Director, Centre National De La Recherche Scientifique office in India, (CNRS), New Delhi, said, "Open Access is an extremely important and more than ever urgent topic, and it is here to stay. However, despite significant progress and efforts, there are still barriers left. The lack of understanding of open access still exists. So to work openly and collaboratively, there is an unawareness of open access. In this, session we will know where we stand regarding open access, what the hurdles are, if any, and where do we go from here."

Another doctor at the panelist, DR. Rene Von Schomberg, Team Leader- Policy Officer- Open Science Policy Coordination and development, Directorate-General for Research and Innovation, European Commission, Brussels, expressed his views too. He believed that the European Union had advanced global access to some extent. He also said that "open access to publications and data is only one aspect of open science. There has been a lot of emphasis on it. But, we have seen something else which has been important in open science, which is an open collaboration. We have to research more to collaborate and not just openly publish the material, but also share the data which is already before publication."

Dr. Akhilesh Gupta, Senior Advisor and head, Policy Coordination and Program Management (PCPM), Department of Science and Technology, India, said, "Open science is a central part of the discussion. Open data publicly funded research has already been there since 2014, but the science and technology policy is going further beyond those things.

FPJ-ED: With CLAT on December 22, is there enough time for preparation?