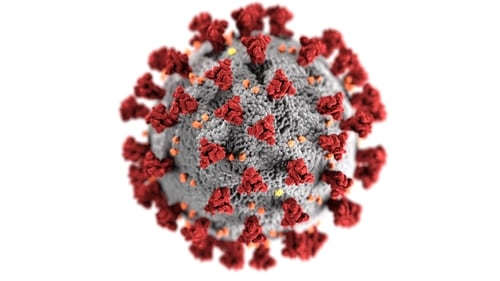 Sixty people, including 40 students and researchers residing on IIT Kharagpur's campus have tested positive for Covid-19, an official said Tuesday.

Most of those infected are mildly symptomatic or asymptomatic or either at home isolation or isolation wards, created in the prestigious engineering institution's hostels, Tamal Nath, IIT Kharagpur's Registrar told.

Other than the student-researchers, 20 more infected are from non-teaching staff and faculty. Nath said the situation is under control as the hospital within the campus is monitoring the condition of those infected.

"We have been urging members of IIT Kharagpur family to get themselves tested whenever they have fever-like symptoms, and they are complying with our advice. This is how the number of 60 infected was known. We are not outside the world. With the sudden spike in Covid cases all around, we too have to face up to the (emergent) situation," he added.

He said after the institute's convocation on December 18, IIT-Kharagpur had decided to bring back students in phases to the campus after one and half year hiatus.

"But with the sudden surge in Covid in the past two days, we are again postponing the resumption of classes in on-campus mode and sticking to online classes only," he added.

To a question, if the holding of on-campus classes will now be postponed indefinitely, Nath said, "students were eager to return to campus, we all want the campus activities to resume. But (now, we have) no idea when that can happen."

Another institute official said around 2000 students came to the campus after December 27, but after Covid reappeared with a vengeance, that process has been put on hold.