FPJ-Ed: After the casteist row, students of Uttarakhand school eat mid-day meals together

The row had broken out after upper caste students had refused to take mid-day meal cooked by a Dalit 'bhojanmata' (cook) at the school on December 13.
FPJ Web Desk 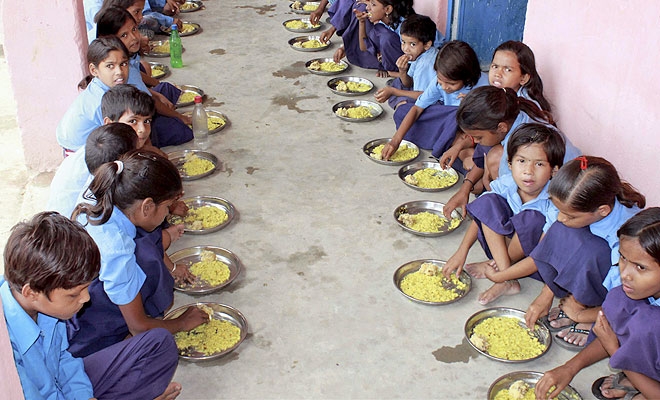 Pithoragarh: After the casteist row erupted at a secondary school in Champawat district of Uttarakhand, for the first time all 66 students of classes 6-8 of the school took mid-day meals prepared by a cook on Monday.

The district administration had held a meeting with the parents of all children on Sunday to build a consensus among them so that the row could be settled.

For the first time since the row began, all the 66 students of the school studying in classes six to eight had mid-day meals together, Champawat District Magistrate Vineet Tomar said.

The school had reopened on Monday after a two-day closure.

The row had broken out after upper caste students had refused to take mid-day meal cooked by a Dalit 'bhojanmata' (cook) at the school on December 13.

She was replaced following the development by an upper caste 'bhojanmata' but Dalit students of the school retaliated by boycotting mid-day meal cooked by the latter on December 23, prompting the district administration to intervene.

The district education authorities had made procedural lapses the ground for sacking the Dalit 'bhojanmata'.

"All the guardians have agreed to let their wards take MDM till the report of a three-member inquiry committee is complete," the DM said.

The students took mid-day meal on Monday, he said.

According to Purnagiri sub-divisional magistrate Himanshu Kafaltia, the three-member inquiry committee chaired by chief education officer of Champawat RC purohit will only inquire into procedural lapses, if any, in the appointment of 'bhojanmata'.

Congress Rajya Sabha MP Pradeep Tamta, who visited the school and met all persons involved in the row, said Sunita Devi was not given appointment letter till date by the officials despite her selection was according to the norms.

"Out of all candidates Sunita Devi was the only one who fulfils all conditions for the post. Her younger child studies in the same school, she is from SC category and belongs to the BPL category while other candidates do not fulfil these conditions. However, despite being qualified for the post why she was not given appointment letter?" said Tamta.

According to local social activist PC Joshi, the actual situation will come to light when the inquiry committee submits its report.